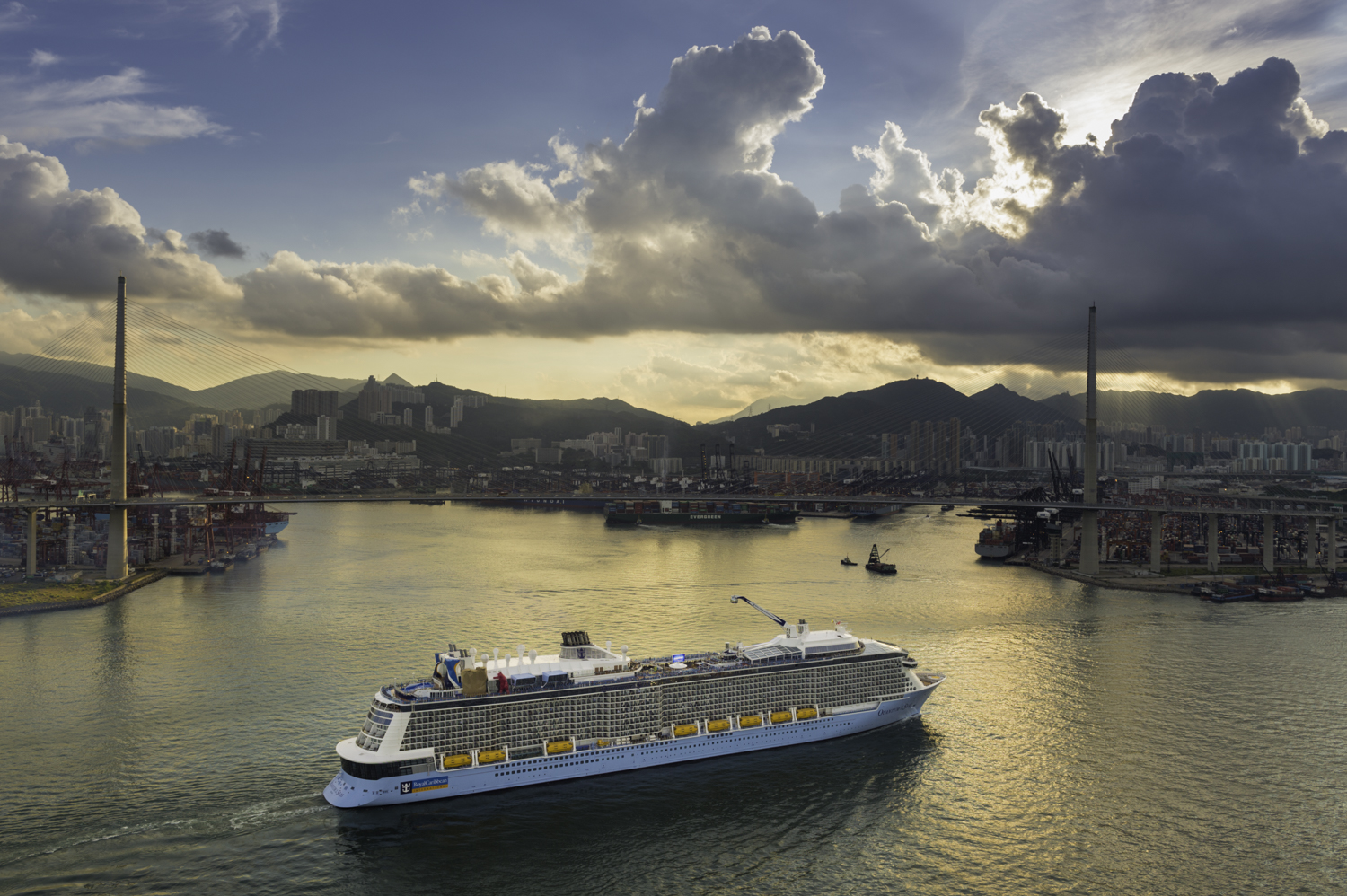 Royal Caribbean's Quantum of the Seas

Load factors in the second quarter were 82% overall, with June sailings reaching almost 90%. For 2023, all quarters are currently booked within historical ranges at record pricing.

MIAMI – Royal Caribbean Group reported second quarter 2022 net loss of $(0.5) billion and loss per share of $(2.05). Second quarter results were meaningfully ahead of the company's expectations driven by accelerating and strong close-in demand, further improvement in onboard revenue and better cost performance. Operating cash flow and EBITDA were positive for the quarter.

"We reached two important milestones in our recovery this quarter – returning our entire global fleet back to operations and delivering positive operating cash flow and EBITDA," said Jason Liberty, president and chief executive officer of Royal Caribbean Group. "Consumers' propensity to travel and cruise remains strong. We continue to see a robust and accelerating demand environment for cruising and on-board spend. Cruising remains a very attractive value proposition for vacationers, and today we have an opportunity to further close the value gap to other land-based vacation offerings," added Liberty. "Our liquidity position remains strong, and we are generating positive operating cash flow and EBITDA. With the fleet back in service, we have the full strength of our platform as we continue to execute on our recovery and build on our capabilities for long-term success."

Second quarter results exceeded the company's expectations driven by better revenue and cost performance. Second quarter load factors were 82%. Load factors increased to almost 90% in June, with Caribbean itineraries averaging over 100%. Total revenues per passenger cruise day were at record levels and up 4% as reported and 5% in constant currency versus the second quarter of 2019.

The Group continues to benefit from the delivery of new, more efficient ships and past sales of less efficient ships, as well as actions taken to improve operating costs and margins that continue to materialize as operations ramp up.

Continued Operational Ramp-Up
The Group is now offering cruises in all of its key destinations with the exception of China. China remains closed to cruising due to the ongoing pandemic related lockdowns. While the Group remains optimistic to capture long-term growth opportunities in that market, ships planned for China have been temporarily redeployed to meet the demand in other markets.

"Since our return to service last year, we have seen more than 3 million guests enjoy cruise vacations responsibly, under an evolving operating environment," said Liberty. "Last week, the CDC ended its COVID-19 Program for Cruise Ships. Based on this change, we are continuing to adapt our protocols to align more closely with how the rest of society and other travel and leisure businesses are operating. This means that we're transitioning to the point where everyone will be able to vacation with us while always working with our destination partners to meet their regulations. Starting Aug. 8, testing will be required for unvaccinated guests on all voyages and for vaccinated guests only on voyages that are six nights or longer. "

NCC, excluding fuel, per APCD is expected to significantly improve in the second half of the year compared to the first half of 2022 and be higher for the second half of 2022 by mid-single digits compared to the second half of 2019 all on a constant currency basis. The improvement in costs from earlier in the year is expected to be driven by lower expenses related to returning ships and crew to operations, easing health protocols, and accelerating benefit from actions taken to improve margin. Some of the improvement is partially offset by inflationary and supply chain challenges, mainly related to fuel and food costs.

Update on Bookings
Booking volumes received in the second quarter for 2022 sailings averaged 30% above 2019 booking volumes for 2019 sailings in the corresponding period in the second quarter with even greater strength in July. Guests are still booking their cruises closer-in compared to prior years, contributing to the better-than-expected load factors in the second quarter. In addition, cancellation activity has now returned to pre-COVID levels. As expected, load factors for sailings in the second half of 2022 remain below historical levels and are expected to finish at approximately 95% in the third quarter and reach triple digits by the end of the year. Second half 2022 sailings are booked at higher prices than 2019, both including and excluding FCCs.

Booking volumes for 2023 have shown consistent improvement week over week and have been accelerating over the last several weeks. Pre-cruise onboard purchases continue to exceed prior years at higher prices, indicating quality and healthy future demand. As a result, all quarters are currently booked within historical ranges at record pricing.

As of June 30, 2022, the Group's customer deposit balance was $4.2 billion, a record high for the company. This represents an increase of about $600 million over the previous quarter despite the significant quarter-over-quarter increase in revenue recognition. In the second quarter, approximately 90% of total bookings were new versus FCC redemptions. Now that the full fleet has returned to service and load factors are nearly 90%, the company expects customer deposits to return to typical seasonality.

Approximately 20% of the customer deposit balance as of the end of the second quarter is related to FCCs. Approximately 60% of the FCC balance accumulated since the start of the pandemic has been redeemed. Of the redeemed FCCs, about half have already sailed resulting in revenue being recognized. For new bookings, the Group has returned to typical booking and cancellation policies, which were relaxed during the pandemic.

Based on current currency exchange rates and fuel rates, the company expects Adjusted EBITDA of $700 million – $750 million in the third quarter.

Depreciation and amortization expenses for the third quarter of 2022 are expected to be approximately $360 million.

Net interest expense for the third quarter of 2022, based on current interest rates, is expected to be in the range of $310 million – $320 million. Approximately 70% of the company's debt is tied to fixed interest rates.