Newsletter
HomeRegional NewsEuropeRun your next Marathon in Malta
Sport tourism 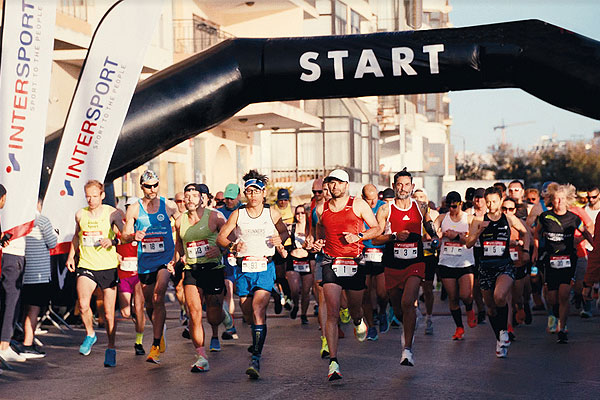 NEW YORK, NY – Malta boasts 300 days of sun all-year round, easy to get around and explore, with English as an official language, making it the perfect destination for the Intersport La Valette Malta Marathon, which will take place February 5, 2023.

The Marathon date marks the birthday weekend of Grand Master Jean Parisot de la Valette, who led the Knights of St. John of Jerusalem and the Maltese to victory in The Great Siege of 1565 against the Ottoman Empire, and the namesake Malta’s Capital, Valletta.

A Race For Runners, By Runners
The Intersport La Valette Malta Marathon was originally coined by three members of the Malta Running Community; Fabio Spiteri, Charlie Demanuele, and Mattthew Pace, who saw the potential of an internationally recognized marathon in Malta, and wanted to give participants the opportunity to have a race experience that makes the most of Malta and its historic sites.

Race Route
The route starts in the bustling coastal town of Sliema, continuing up the coast to Malta’s Capital City and UNESCO World Heritage site, Valletta. Participants will cross the finish-line in the Three Cities. The route has been measured, approved and listed by the Association of International Marathons and Distance Races, and is Malta’s only internationally recognized full marathon.