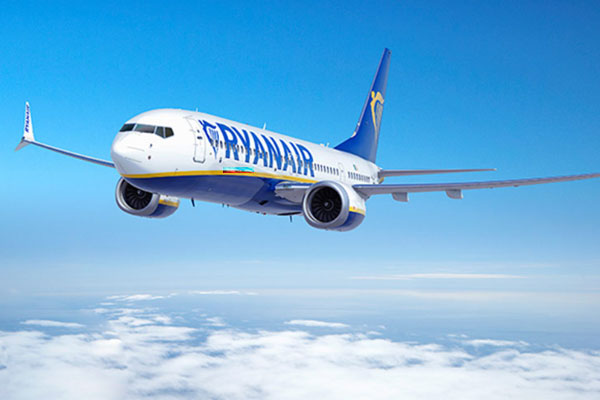 Ryanair announced its biggest ever Knock schedule with 16 routes, incl. an exciting new route to Lanzarote for Summer ‘23. The airline will operate over 120 weekly flights to/from Ireland West Airport Knock next summer (+15% growth vs. S22), driving invaluable inbound tourism and offering its West and North-West customers unbeatable choice and the lowest fares when booking their summer holidays.

Ryanair has operated at Ireland West Airport Knock for the past 37 years and this new record Summer schedule will not only provide Ryanair’s West and North-West customers with recession busting fares across an unbeatable selection of sunny hotspots and vibrant European city break destinations next Summer but will continue to promote important rural development through Ryanair’s support of over 580 local jobs and delivery of even greater connectivity with Europe and its millions of holidaymakers.

Ryanair’s Head of Communications, Jade Kirwan, said: “As Europe and Ireland’s most reliable airline, Ryanair is delighted to announce even more growth for the West/North-West with our biggest ever Knock schedule, offering over 120 weekly flights (+15% vs S’22) across 16 routes, incl. our exciting new Lanzarote route, for Summer ’23.

With such a vast selection of sunny hotspots and city break destinations to choose from, as well as increased frequencies across popular UK routes like, Birmingham, Bristol, East Midlands and Manchester, there really is something for everyone, whether heading away for a bit of rest and relaxation with the family, taking a weekend break to soak up some culture in one of Europe’s vibrant cities or simply looking for a stone-throw trip to the UK for a fun-filled night out with friends. To mark today’s good news, we’ve launched a limited-time seat sale for early bird customers looking to bag themselves a recession busting bargain on their Summer ’23 holiday with fares starting from just €29.99 available now on Ryanair.com.”

Joe Gilmore, Managing Director, Ireland West Airport commented: “2023 is shaping up to be the busiest year on record at Ireland West Airport and with flights to 16 different destinations with Ryanair next year, there is huge choice available for our customers in the West, North-West and further afield. Ryanair’s continued growth is a huge vote of confidence in the airport and the region, and we’d like to thank them for their continued support and commitment to the airport. We look forward to welcoming the Lanzarote service back to the airport next summer and to working with Ryanair in promoting their record summer schedule next year.”