Ryanair offers over 70 routes to Poland from the UK & Ireland 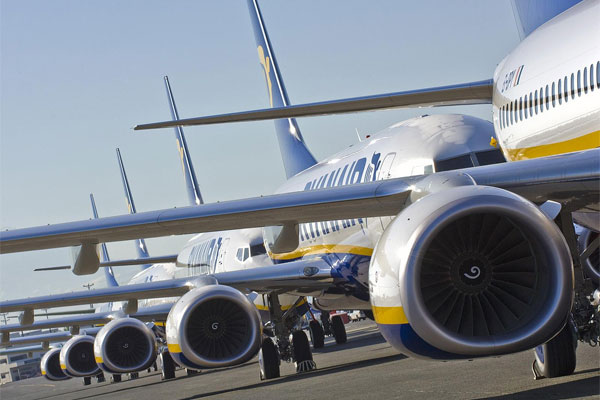 Ryanair announced the resumption of 79 routes to Poland from the UK and Ireland as part of Ryanair’s Polish Summer 2020 schedule. To celebrate that Poland is reopening & removing all quarantine restrictions for visitors as of the 13th of June, Ryanair is offering seats from £29.99 one way. Europe’s favourite airline greatly supports reuniting friends and families, allowing people to return to work, and restarting Europe’s tourism industry.

Ryanair’s Alejandra Ruiz said: “Ryanair, Europe’s No. 1 airline, is pleased to offer a total of 79 routes to Poland from the UK & Ireland this Summer. These routes will operate from 21 June as part of our Summer 2020 schedule.

Customers in UK & Ireland can now book seats on flights to Poland for June, July & August and finally begin to restart Europe’s economies & reunite families and friends. To celebrate Poland’s reopening, we are releasing seats on sale from just £29.99 for travel until the end of August 2020, which must be booked by midnight Sunday (14 June). Since these amazing low fares will be snapped up quickly, customers should log onto ryanair.com and avoid missing out.”

Ryanair rejects UK Dept. of Transport’s advice on hand luggage as rubbish
Ryanair criticised the UK Department of Transport’s advice to minimize carry-on luggage in favour of checked in bags. This is more nonsensical advice from the DOT which continues to oversee a completely ineffective and useless 14-day quarantine.

Ryanair recommends that passengers minimise checked in luggage, in favour of carrying one or two pieces of cabin bags. This is because cabin bags are handled only by the passenger and therefore eliminates any risk of physical contact with other persons. Ryanair sets a maximum of bags allowed into the cabin, which ensures that the boarding process speed is not affected.

By contrast, checked-in bags are handled by multiple different persons at check-in, in baggage holds and while being loaded on to and out of aircraft holds.

A Ryanair spokesperson said: “In attempting to minimise physical contact during the travel process, particularly on short haul flights, Ryanair recommends passengers to minimise checked in bags and, where possible, confine themselves to one or two carry-on bags (1 large, 1 small for customers with Priority boarding) which minimises physical contact with other persons.

The UK DOT should stop issuing rubbish advice to passengers about baggage and instead focus their efforts on scrapping the UK’s useless visitor quarantine which the UK Home Office now admit cannot be implemented, supervised or policed effectively.

Ryanair is going back flying with 1,000 daily flights from 1 July. Recent bookings show how UK customers are largely ignoring this useless visitor quarantine as they book in their thousands to holiday destinations in July and August”.