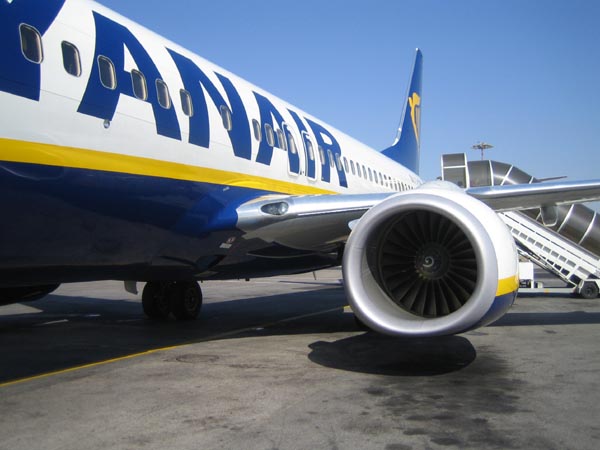 Ryanair Holdings plc reported a 21% fall in Q1 profits to 243m. euros. A 6% decline in ave. fare was offset by strong ancillary revenues and 11% traffic growth to 42m guests. Costs rose 19% as our fuel bill increased 24% and Lauda costs were fully consolidated (but not in the prior year quarter).

Revenue
Revenues rose 11% to 2.3bn. euros. A 6% decline in average fare to 36 euros stimulated 11% traffic growth to 42m guests. The two weakest markets were Germany, where Lufthansa was allowed to buy Air Berlin and is selling this excess capacity at below cost prices, and the UK where Brexit concerns weigh negatively on consumer confidence and spending. Ancillaries, driven by strong priority boarding and preferred seats sales, grew 27% to 0.8bn. euros. As a result, revenue per passenger (“RPP”) was broadly flat at €55. Ryanair Labs continues to develop services to improve customer experience and later this year will roll-out a new digital platform with improved, personalised, guest offers.

Cost Leadership
Ryanair has the lowest unit costs of any EU airline. As expected, our Q1 fuel bill increased 24% (up 150m euros) due to higher prices & volume growth. Unit costs ex. fuel rose by 4%, mainly due to the consolidation of Lauda (not in the prior year Q1 comp.), the handback of expensive leases to Lufthansa, replacing them with 20 lower cost A320 operating leases, and a 21% increase in staff costs. We continue to negotiate attractive growth deals as airports compete to attract Ryanair’s reliable traffic growth. Our FY20 fuel bill is 90% hedged at $709 per tonne and 37% hedged for FY21 at $632.

On-Time Performance (“OTP”)
Our investment in operational efficiency, including more spares, additional engineers and new improved handling contracts in Stansted, Spain & Poland has seen our OTP improve more than 7% points in Q1 to over 90% (excl. ATC). In June 2018 we cancelled over 1,100 flights due to ATC strikes but this was reduced to just 20 cancellations in June 2019, all of which were due to ATC staff shortage delays. Regrettably, ATC staffing delays continue to damage the punctuality of all EU airlines, particularly at weekends. We are working hard to ensure our guests enjoy on-time flights and we continue to campaign with our partners in A4E to encourage the European Commission to take action to minimise the impact of ATC staff shortages and strikes on overflights.

Boeing 737 MAX
The delivery of our first 5 B737-MAX aircraft has been delayed from Q1 to probably January at the earliest (subject to EASA approval). We now expect to receive only 30 MAX deliveries in time for S.20 (previously 58) which will cut Ryanair’s S.20 growth rate from 7% to 3% (162m to approx. 157m guests in FY21). We have great confidence that these “gamechanger” aircraft (which have 4% more seats, but burn 16% less fuel and have 40% lower noise emissions) will transform our costs and our business. Due to these delivery delays, we will not now see these cost savings delivered until FY21.

Balance Sheet
Our balance sheet is one of the strongest in the industry with over 60% of our fleet debt free. In May the Board approved a 700m euros share buyback programme and in Q1 we returned almost 100m euros to shareholders. Following the adoption of the new lease accounting standard (IFRS16) future operating lease obligations are now included on our balance sheet for the first time (adding over 220m euros to debt at June 30). Despite the share buyback and the impact of IFRS16, net debt was broadly flat at quarter end at 419m. euros.

Group Airlines
In June, Malta Air became the 4th airline in the Ryanair Group.  This start-up will grow our Maltese operation from 6 to 10 based aircraft over the next 3 years. It will also operate all our French, German and Italian bases. This summer, Lauda is operating 20 lower cost A320s. These aircraft, coupled with other cost efficiencies and improving ancillary revenues will significantly lower Lauda losses in Year 2, despite lower fares due to excess capacity in the German and Austrian markets. Buzz, in Poland, will operate 7 charter and 17 scheduled aircraft this summer and continues to grow profitability in its second year of operations. We expect high fuel prices and overcapacity in European short-haul to lead to further airline failures this winter creating more growth opportunities for Ryanair’s 4 airlines.

EU’s Cleanest, Greenest Airline
In June Ryanair became the first EU airline to report monthly CO₂ emissions. With the highest load factor, and one of the youngest fleets, Ryanair delivers the lowest CO₂ per passenger/km of any major EU airline. Our CO₂ emissions have been cut by 20% over the last decade and we are committed to reducing this by a further 10% to under 60 grams per passenger/km by 2030. In May we launched our environmental partnerships, where we invest in carbon offset projects in Africa, Portugal and Ireland. Ryanair paid over 540m euros in environmental taxes in FY19 and expects to pay over 630m euros in FY20 (up 17%).

Board Succession
Following Stan McCarthy’s appointment as Deputy Chairman in April 2019, the Board has nominated Louise Phelan to take over as Senior Independent Director in Summer 2020 following the then retirement of current SID Kyran McLaughlin from the Board.

FY20 Guidance
We continue to guide broadly flat FY20 PAT in a range of 750m euros to 950m. euros. The current weak fare environment has continued into Q2 and we expect H1 fares to be down approx. 6%.  With almost zero H2 visibility, FY20 fare guidance is towards the lower end of our guided -2% to +1% range. However, the strong performance of ancillaries continues to support our RPP growth of +2% to +3% (previously +2% to +4%). We expect traffic to grow by 7% to over 152m, slightly less than the 153m previously guided due to the Boeing MAX delivery delays.  Costs will increase as our fuel bill grows by 450m euros and, as previously guided, we expect ex-fuel unit costs will rise by just 2%.  This guidance remains heavily dependent on close-in Q2 fares, H2 prices, the absence of security events, and no negative Brexit developments in H2.”