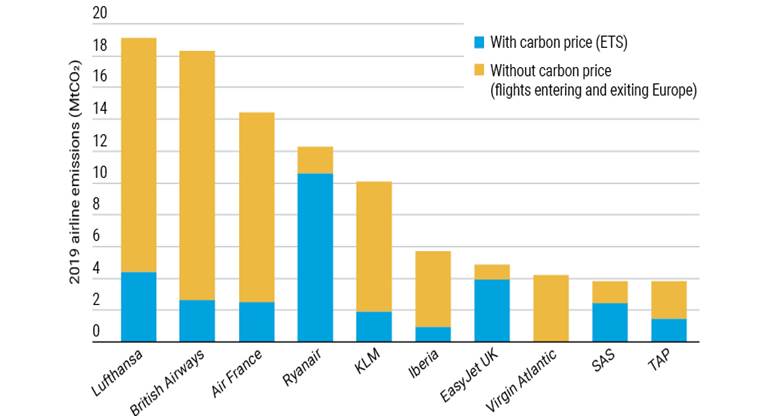 Ryanair welcomed the vote of 8th June in the European Parliament to extend Europe’s Emissions Trading Scheme (“ETS”) to all long-haul flights departing the European Union. This will mean that the richest passengers, on the most polluting long-haul flights, will finally pay their fair share of ETS enviro taxes.

It is time that wealthy long-haul passengers pay their fair share of Europe’s ETS. It is inexplicable and deeply unfair that long-haul flights, which account for over 52% of European aviation’s CO2, are exempt from paying any environmental taxes or ETS (and are also exempt from the proposed tax on jet fuel). Why should the richest citizens of Russia, China, India and the USA pay zero ETS or jet fuel taxes on their polluting long-haul flights to/from Europe, while Europe’s hard-pressed citizens, families and holiday makers, who account for less than 50% of Europe’s CO2 emissions, pay 100% of Europe’s ETS aviation taxes. Ryanair welcomes this European Parliament vote which at least introduces more fairness and equity in environmental taxation of flights operating to/from Europe.

Ryanair’s CEO Michael O’Leary said: “We welcome this European Parliament vote to bring Europe’s most polluting long-haul flights, within the scope of Europe’s ETS environmental tax regime. It is absurd, unfair, and inexplicable that short-haul flights across Europe, which are taken by hard-pressed European consumers and their families, pay all of Europe’s ETS taxes yet they account for less than 50% of Europe’s aviation CO2 emissions. It is high time that the richest visitors to/from Europe travelling on long-haul flights paid their fair share of environmental taxes, and this exemption of long-haul flights under the ETS regime (which was designed to further subsidise and support high fare flag carriers like Air France, Lufthansa, KLM and others) is ended. The richest long-haul passengers should pay their fair share of European ETS taxes, and hard pressed European consumers and their families should only pay a lower, more equitable share of ETS taxes, when their short-haul flights account for less than 50% of European aviation CO2 emissions.

We now call on the EU’s Member States and the European “Green Deal” Commissioner Frans Timmermans to support this European Parliament vote and finally require high fare flag carriers like KLM, Air France and Lufthansa to pay their fair share of ETS taxes by including long-haul flights, that account for more than 50% of European aviation CO2 emissions, within the ETS.”

Dating and travel for lesbians: Five concepts for your holidays