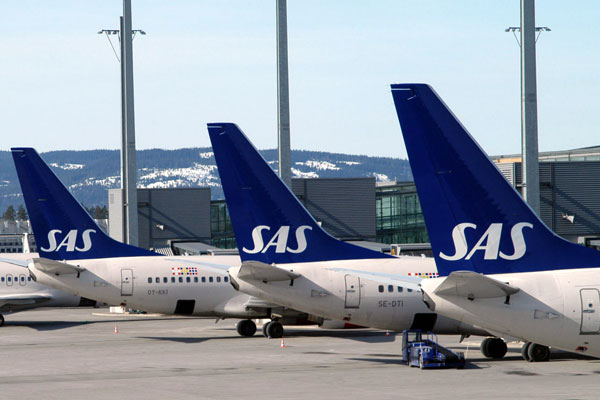 The airline concludes lessor negotiations as part of its Chapter 11 process.

Today, SAS announces that SAS has entered into agreements with two additional lessors – Air Lease Corporation and Jackson Square Aviation – representing 13 aircraft in the aggregate, including one wide body and twelve narrow body aircraft, as well as certain equipment related thereto. With these agreements, SAS concludes its lessor negotiations as part of its chapter 11 process, having reached agreements with 15 lessors in total, representing 59 aircraft in the aggregate, including seven wide bodies and 52 narrow bodies. Through the amended lease agreements, SAS expects to achieve the targeted annual cost savings of at least SEK 1.0 billion in reduced aircraft lease expenses and annual cash flow items relating to aircraft financing, as part of the SAS FORWARD plan.

Anko van der Werff, President and Chief Executive Officer of SAS, says: “We are pleased to announce that we have reached an important step in our chapter 11 process, having concluded negotiations with aircraft lessors. Through these agreements, we expect to achieve our targeted cost reductions related to annual aircraft lease and financing costs, which constitutes important progress in reaching our overall targets in the SAS FORWARD plan. We are grateful to our lessors for working constructively with us. We continue making progress in our transformation journey and in becoming a more competitive airline.”

As of the date of this announcement, SAS expects its fleet to soon consist of 134 aircraft, of which 35 are contracted through third parties, 22 are owned by SAS and 77 are subject to various financing arrangements. The reconfigured fleet includes 59 aircraft that have been subject to restructuring and 18 aircraft with lease agreement terms that have been determined to be at or better than market levels.

Update on Chapter 11 Process – Second Tranche of SAS’ DIP Financing
SAS is making steady progress in its chapter 11 process and continues to work towards completing the process during the second half of 2023. As stated in SAS’ year-end report for fiscal year 2022, the second tranche of SAS’ debtor-in-possession (“DIP”) financing, amounting to USD 350 million, was expected to be available for utilization in the first quarter of fiscal year 2023 (November 2022-January 2023). SAS continues to work towards meeting certain conditions under the DIP term loan agreement to access the second tranche of the DIP financing as soon as possible during the second quarter of fiscal year 2023 (February-April 2023). SAS continues to have sufficient liquidity to maintain its operations pending the utilization of the second tranche of the DIP financing. SAS will revert with information on the timing of the utilization and the next steps in the chapter 11 process in due course.

Rubén Sánchez (BEONx): "Technology should help present a holistic view of the profitability of the business beyond revenue per room"