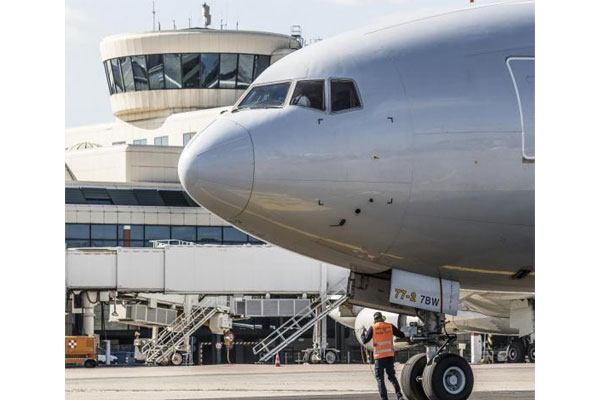 SEA, the company that manages Milano Linate and Milano Malpensa airports, and Airbus, global leader in the aeronautical and aerospace industry, signed a "Memorandum of Understanding" for the study and implementation of projects for the distribution of hydrogen at Milan's airports.

Airbus is expected to produce the first hydrogen-powered aircraft around 2035. This implies that airports should work on their “readiness” and be prepared with facilities for the supply of hydrogen to the new aircraft.

Milan's airports have taken up the challenge and will lead the way in Europe, as they prepare to welcome the new generation of aircraft.

The two companies intend to combine their expertise to support the decarbonisation of aviation and define the practical needs and opportunities that hydrogen will bring to the aviation industry. The agreement will focus on a series of feasibility studies aimed at developing a hydrogen refuelling hub for non-aviation use in the short term, as well as developing infrastructure for hydrogen use in aviation in the long term.

Airports will need to become hydrogen distributors and thus a reference point for the surrounding region, a challenge that Milano Malpensa has already taken up, confirming its role as an important driver for the whole region.

"With this agreement SEA has taken a concrete step forward in enabling important solutions for the decarbonisation of airports and the entire industry" said Armando Brunini, CEO of SEA. 'We are going through an important transition and have chosen to be at the forefront of it, together with our partners. Innovation is in the DNA of aviation and, also thanks to Airbus, is moving towards a transformation that was unimaginable up to just a few years ago. We are proud to be part of it”.

With Milano Malpensa and Milano Linate airports, SEA is among the European airports, that will achieve Net Zero carbon emissions already by 2030, twenty years earlier than the 2050 deadline set by the European Green Deal. SEA, as part of the European Commission-funded project "OLGA, hOlistic & Green Airports" committed to decarbonising the aviation industry, will significantly contribute to the complex challenge of CO2 reduction while improving energy efficiency, air quality and biodiversity. An important SEA's strategic plan, aimed at rapid post-pandemic recovery, has a strong focus on environmental and sustainability-related transition.

Airbus also announced its ambitious strategy to decarbonise the air transport industry, in which the ZEROe project – which is exploring zero-emission technologies for a future aircraft – plays a major role. Hydrogen is one of the most promising zero-emission technologies to reduce aviation's climate impact, and airports have a key role to play in enabling the transition to a climate-neutral aviation ecosystem.