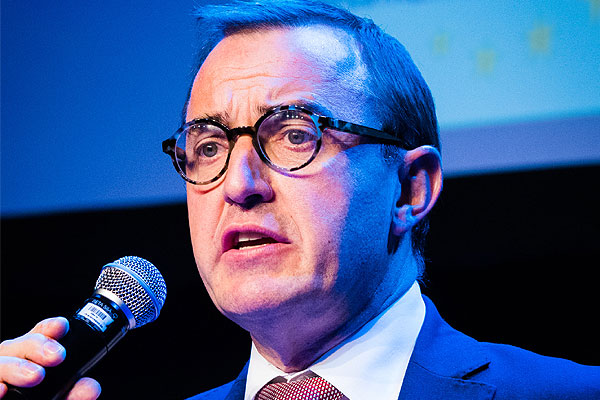 On 1st January 2018, the SDA will convert to become a legal entity (a “Not-for-Profit” International Association). The appointment of Nicolas Warinsko is part of the transition, which will allow SDA to streamline its management processes.

BRUSSELS, BELGIUM – The SESAR Deployment Alliance (SDA), in its role as the SESAR Deployment Manager (SDM) on behalf of the European Commission, is delighted to announce the appointment of Nicolas Warinsko as its new General Manager, who will take the organisation forward from the end of the year.

On 1st January 2018, the SDA will convert to become a legal entity (a “Not-for-Profit” International Association). The appointment of Nicolas Warinsko is part of the transition, which will allow SDA to streamline its management processes.

Warinsko is currently Deputy Managing Director and Director of Technical Operations for the SDA, and was appointed following an industry-wide selection process. He previously held senior positions with the French Air Navigation Service Provider (DSNA) and the European Commission, before advising the A4 Airlines Group.

Warinsko is well known to industrial partners involved with the SESAR programme, and was instrumental in the establishment of the SDA at the end of 2014. He will take over from Massimo Garbini, who has been Managing Director of the SDA since its inception, and who has chosen to hand over the leadership at the end of 2017.

“I am delighted that we are able to appoint Nicolas as the first General Manager of the new SDA International Association,” said Jonathan Astill, Chairman of the Board of Directors.

“He has played a key role throughout the life of the consortium to date, and is in a great position to lead the Deployment Manager team as it enters its next phase of evolution.”

“At the same time, I would like to thank Massimo, on behalf of the consortium, for his leadership in establishing the SDM team and making the industrial partnership of airlines, Airports and ANSPs a key part of the SESAR institutional landscape, coordinating the critical deployment projects that will realise the SES vision.”