“Sorrento call to action”: Youth to play an active role in tourism’s future 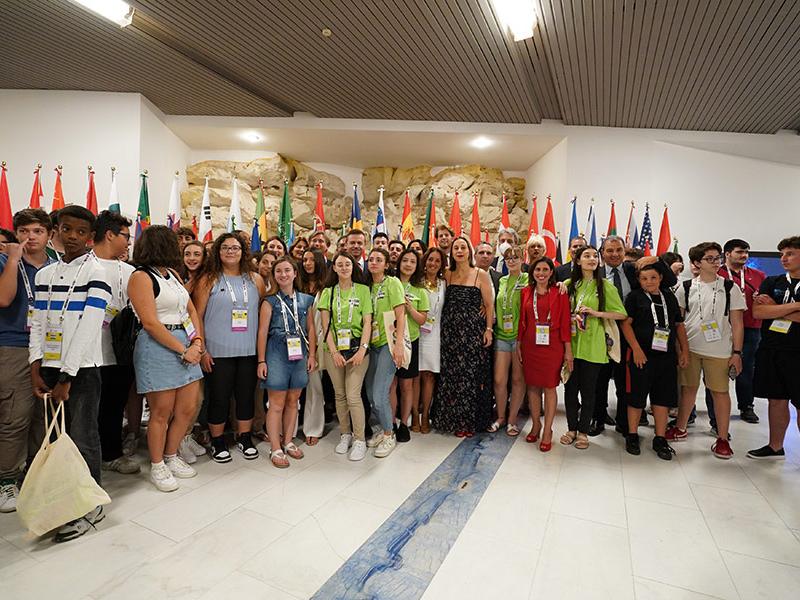 The Sorrento Call to Action was adopted on the final day of the landmark summit, during a simulation of the UNWTO General Assembly and signed by 120 participants from 57 countries and aged between 12 and 18.

The first Global Youth Tourism Summit concluded with the launch of the Sorrento Call to Action, a bold and ground-breaking vision for young people to be active participants in tourism’s restart and growth as a pillar of sustainable and inclusive development.

The Sorrento Call to Action was adopted on the final day of the landmark summit, during a simulation of the UNWTO General Assembly and signed by 120 participants from 57 countries and aged between 12 and 18. It was drawn up based on the discussions of a series of webinars where young participants learned and shared their thoughts on some of the key issues facing tourism right now, among them innovation and digitalization, plastic pollution and the growing relevance of sport, culture and gastronomy for destinations. The document goes beyond recognizing that the voice of youth must be consulted in policymaking and instead states that young people now need to active participants in every stage of the decision-making process across the whole of the tourism sector.

Zurab Pololikashvili, mentioned that “The Global Youth Tourism Summit is a hugely important first, for UNWTO and for our sector, and that young talent from every region will be supported to give them a stage to voice their ideas about tourism’s future.”

Massimo Garavaglia emphasized Italy as being the proud hosts of this first ever event and encouraged the young people present to become the responsible travelers of tomorrow and to keep their optimism for making their dreams a reality.

Jayathma Wickramanayake highlighted the importance of promoting the active engagement of young people as agents of transformational change, challenging the status quo, and realizing the Agenda 2030.

People, planet and prosperity
Three pillars are enshrined in the Sorrento Call to Action: People, Planet, and Prosperity. For people, for example, the young signatories call for the safeguarding of human rights, especially of persons with disabilities through adequate tourism strategies and policies. For the planet, the issues of food waste, plastic pollution, climate change mitigation, and biodiversity preservation are flagged up. Finally, for prosperity, poverty reduction, upgrading digital skills, and creating more employment opportunities are voiced by the young participants.

The Call to Action states that “decision-makers must empower the youth, providing them with opportunities to voice their concerns” while also working to it “stimulate education to ensure responsible travelers and professionals.” At the same time, it recognizes the historic significance of the first Global Youth Tourism Summit and calls on UNWTO to hold annual summits and to work with its Member States on national events.