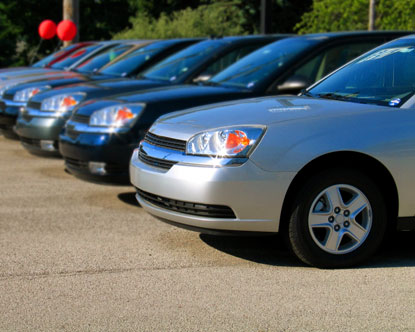 Cleveland and Cincinnati travelers pay the most for car rentals this summer.

According to a new survey by cheapcarrental.net, renting a car this summer costs more in Cleveland and Cincinnati than it does anywhere else in the United States.

Following Cleveland and Cincinnati in price, Newark was ranked the third-priciest U.S. destination for car rentals this summer, with a starting rate of $81 per day, on average.

On the other end of the spectrum, the most affordable U.S. destinations to rent a car this summer are Miami and Orlando, where travelers pay $24 and $23 per day respectively, on average, for the most affordable rental car available at each city’s primary airport.

If looking just at Ohio, where rates trend upward, Columbus, Ohio, ranks slightly better than Cleveland and Cincinnati, with starting rental rates of $51 per day.

Here are the 10 most expensive U.S. destinations for car rentals this summer. Prices shown reflect average daily rates for the most affordable rental car at each city’s major airport, June 1–Aug. 31.

Survey reveals the most expensive car rental destinations in the U.S.

Detroit charges highest rental car rates in the U.S., according to survey

Chris Meehan (Hard Rock Hotel London): "We're looking to double our hotels in Europe in the next 3-4 years"

How to block your private jet from being tracked online?*