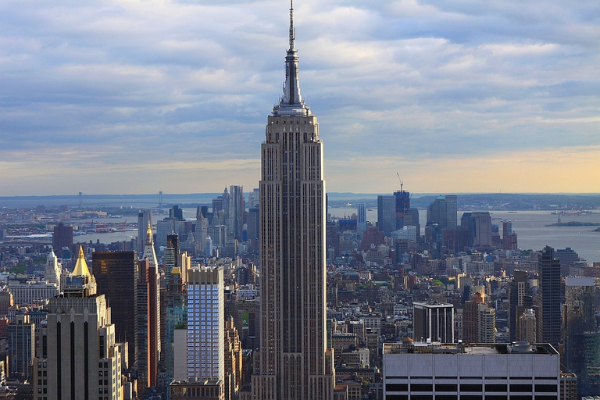 Registration for the Landmark Race Up the Empire State Building Stairs opens July 11 at noon.

Approximately 150 runners will have the opportunity to race up the 1,576 stairs to the 86th Floor of the "World's Most Famous Building" in the 44th annual Run-Up. Runners will be divided into designated heats such as elite runners, celebrities, adaptive athletes, media, and public. Registration for this preeminent tower-running event will be available online from July 11 at noon on a first-come, first-served basis. Participation costs of $125 per runner will be charged upon acceptance.

"As the first and most famous tower-running event, the Empire State Building Run-Up is the bucket list race for elite runners from all over the world," said Anthony E. Malkin, chairman, president, and CEO at Empire State Realty Trust. "We welcome our athletes back to face the challenge and test their limits in the race to the top."

Turkish Airlines, a leading global airline that flies to more destinations than any other, will act as the presenting sponsor for the ESBRU for the fourth year.

Challenged Athletes Foundation (CAF) is the official charity partner of the ESBRU once again, with a designated heat for adaptive athletes and CAF supporters who want to race for more and raise funds to empower athletes with physical disabilities through sports.

The 2022 Empire State Building Run-Up is produced by NYCRUNS.

Turkish Airlines to fly from Katowice Airport to Istanbul

Launch of new travel metasearch for US market