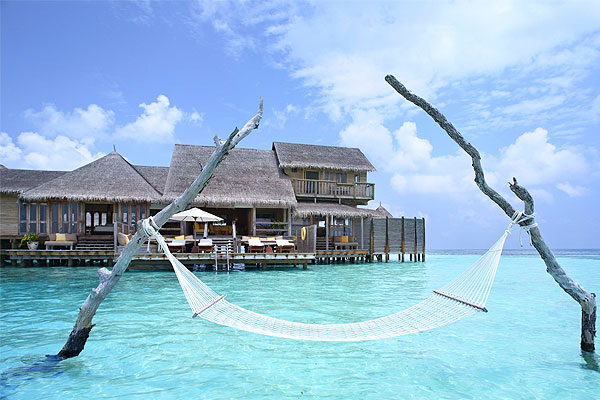 An overwater villa at Gili Lankanfushi in the Maldives.

In 2019, the Maldives welcomed an influx of new tourism developments, including the opening of several new family-friendly, adult-only and high-end properties.

The Maldives was proudly named by UK and Middle Eastern holidaymakers as ‘Favourite Holiday Destination in the World’ at the 13th Ultimate Luxury Travel Related Awards (ULTRAs) gala, which took place at the Emerald Palace Kempinski Hotel in Dubai on Monday 27th January 2020.

Since September 2019, the readers of the UK and Middle East editions of The Telegraph’s Ultratravel magazine and Black Card holders from the DISCOVERY loyalty programme operated by the Global Hotel Alliance, have been voting for their favourite travel suppliers and destinations in the world.

The Maldives, which is made up of 1,192 islands in the Indian Ocean, is traditionally known for its high-end resort accommodation popular with honeymooners. However this year will see a stronger focus by the destination on the diverse range of activities available to tourists such as beach volleyball, badminton and surfing, as well as the rich culture of the inhabited islands that surround the destination’s resorts.

In 2019, the Maldives welcomed an influx of new tourism developments, including the opening of several new family-friendly, adult-only and high-end properties. In October 2019, the Maldives also celebrated an increase in airlift for UK travellers with the launch of a new five-times-weekly flight from London Heathrow to Male via Bahrain with Gulf Air, making the destination even more accessible for British holidaymakers.

The island nation remains one of the UK’s most popular holiday destinations, with a total of 126,199 UK holidaymakers visiting in 2019. This represents an impressive 10.1% year-on-year increase in UK arrivals. The UK holds the fifth market ranking on tourist arrivals by nationality, firmly holding 7.4% of the total market share and steadily increasing year-on-year.

The Maldives brings the ‘Sunny Side of Life’ to London

The Maldives announces a record-breakling 10.2% increase in UK arrivals during 2018