The most instagrammable neighbourhoods reveiled 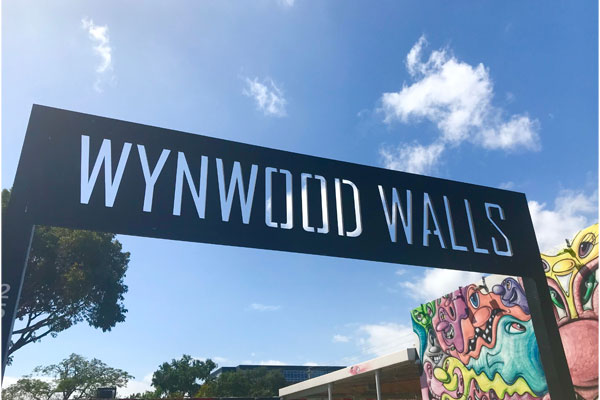 Wynwood, Miami is crowned the most instagrammable neighbourhood with over 5.2 million tags.

From awe inspiring art to mouth-watering meals, there’s something exhilarating about exploring different neighbourhoods around the world. Interested to find out which destinations we lust over most, Savoystewart.co.uk decided to compile Instagram data for 50 famous neighbourhoods, highlighting the most instagrammable neighbourhoods we just can’t get enough of.

The Top 10 most Instagrammable neighbourhoods
ΠΙΝΑΚΑΣ

1. Wynwood, Miami – #5,254,692
Savoy Stewart can reveal that Wynwood in Miami, Florida is crowned the most instagrammable neighbourhood in the world, with over 5.2 million photos tagged. This neighbourhood is famous for its trendy street art, which has turned into an outdoor museum, where graffiti and street artists have displayed their work for all to see. Clothing stores, bistros and late-night life also make it attractive as an entertainment paradise to young people.

2. Shinjuku, Tokyo – #2,970,817
Coming in second place on the other side of the world is Shinjuku Tokyo with over 2.9 million hashtags. When you scroll though the Shinjuku tags on Instagram, you are greeted with images of a bustling cityscape full of bright neon skyscrapers. Among all tallest buildings,clubs and bustling shopping malls, you can also find The National Stadium here, a multi-purpose stadium used for the 2020 Tokyo Olympics.

3. Astoria, New York – #2,236,936
Astoria in Queens, New York is in third place with more than 2 million photos tagged. Astoria is known for its range of traditional multicultural cuisines as well as more modern fusion restaurants, meaning it is paradise for foodies.

Cities with the most instagrammable neighbourhoods
The cities that were tagged the most were LA, London, Seoul, and Tokyo all of which had two neighbourhoods tagged. Among them, Tokyo has the highest number of tags of 3.5 million from Shinjuku and Nakameguro.