The world’s most beautiful sights, revealed by new study of over 450,000 TripAdvisor reviews 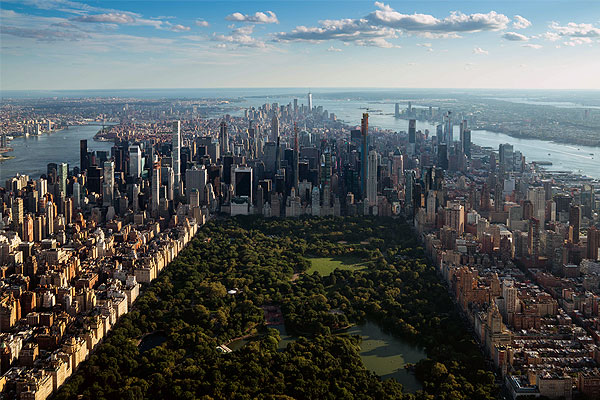 Luxury travel company Kuoni has analysed 452,148 TripAdvisor reviews to reveal which sights around the world people are raving most about. New York’s Central Park, the Trevi Fountain in Rome and the Fountains of Bellagio are the top three most beautiful sights according to visitors.

To unearth the most beautiful sights from around the world, luxury travel company Kuoni has analysed thousands of TripAdvisor reviews to find which places have the most mentions of  the word ‘beautiful’. Looking at cities from all around the world, the results reveal where visitors should head to if they’re hoping to take in the most stunning sights.

The most beautiful sights around the world
The study results shows that the USA is home to the most beautiful sights globally, with three of the top ten most captivating sights featuring in the top 10. New York City’s Central Park tops the list, with a staggering 22,880 reviews mentioning the word ‘beautiful’, whilst 15,750 reviews hailing the Fountains of Bellagio in the world’s entertainment capital Las Vegas cement the landmark in third place.  The city is full of bright lights and captivating buildings but it’s the water feature that visitors find the most aesthetically pleasing. The other American sight making the top ten is the Chihuly Garden and Glass Museum in Seattle, Washington. The fascinating glass work on display throughout the exhibitions is certainly eye-catching and clearly leaves a lasting impression on visitors, with over 8,000 visitors naming the exhibition as ‘beautiful’.

Italy, Spain and Paris are home to the second, fourth and fifth most beautiful sights respectively with the Trevi Fountain, Basilica de la Sagrada Familia and the Cathédrale Notre-Dame de Paris all featuring as some of the top five most beautiful sights around the world. The Trevi Fountain, found in Rome, attracts millions of visitors each year, with the baroque style water-feature featuring exquisite detailing that needs to be seen in person to be fully appreciated. The Cathédrale Notre-Dame received 12,930 reviews describing it as beautiful, beating the likes of the Eiffel Tower and Sacré Coeur.

The top 10 most beautiful sights around the world:

The most popular holiday destinations and activities for teetotal travellers revealed

Tripadvisor’s year in review: Unpacking all the good in 2022