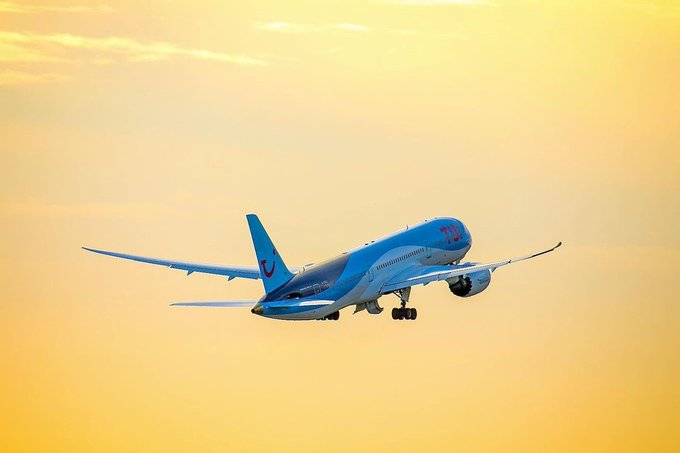 TUI continued to realign the Group in Q1 2021 against a backdrop of widespread lockdowns and massive travel restrictions, and is prepared for a relaunch of its tourism business in the coming weeks. Tourism was the first industry to be affected by massive COVID-19 restrictions in March 2020. With the approval of highly effective vaccines, more vaccinations and reliable and widely available rapid tests, the groundwork has been laid for a return to basic freedoms and also open borders.

First quarter results: Accelerated realignment of the Group continues – strict cost discipline limits loss
During the reporting period, the measures initiated before the pandemic to realign the Group were further advanced. Cost discipline and liquidity-strengthening measures were also consistently pursued. As a result, the monthly cash outflow was significantly reduced in the three reporting months (October to December), averaging around 300 million euros. Previously, the Group had expected 400 to 450 million euros. Adjusted EBIT on a constant currency basis was thus limited to -698.6 million euros (previous year's quarter not affected by the pandemic: -146.7 million euros). Revenue reached 468.1 million euros (previous year: 3.85 billion euros) despite significant travel restrictions and worldwide lockdowns. The Canaries were among the few destinations accessible to holidaymakers.

Shareholders support TUI strategy: successful capital increase – financing package implemented
In the period under review, TUI had agreed a third Corona financing package together with shareholders, banks and the Economic Stabilisation Fund (WSF) due to the ongoing pandemic situation. The package with a total volume of 1.8 billion euros was successfully completed in the last week of January. It includes a rights issue, which will provide the Group with funds of around 500 million euros. The Mordashov family, as a strategic shareholder of the Group, participated in the capital increase beyond its previous stake and now holds 30.1 per cent of TUI AG. Including the third financial package and the early redemption of the senior bond with a volume of 300 million euros due in October 2021, TUI had financial resources of 2.1 billion euros as at
3 February 2021. The Group thus secures further liquidity until the planned return of the business.

Outlook bookings summer 2021: People want to travel – 2.8 million bookings for summer 21, average prices +20 per cent
Despite the current uncertainties due to the rapidly changing pandemic situation, demand for summer holidays is good. TUI has recorded a total of 2.8 million bookings for summer 2021 – around 56 per cent of bookings at the same time for summer 2019, with average prices 20 per cent higher than for summer 2019. Capacity for the 2021 summer programme remains around 80 per cent of the summer 2019 programme. The uncertainties of the ongoing pandemic and ever-changing quarantine and travel requirements are also having an impact on the timing of bookings, as expected. As was already the case last summer and autumn, customers are booking at shorter notice and thus later in the year.

Fritz Joussen, CEO of TUI Group: "With strict cost discipline and the realignment of the Group, which is being driven forward at full speed, we succeeded in reducing the loss in the past quarter. Our teams in the travel agencies, tour operators and TUI's hotel, airline and cruise companies are prepared for the new start in tourism in 2021. As expected, customers will book their summer holidays much later this year than in normal years. However, demand remains strong, people want to travel – this is shown by the already good number of bookings for the summer. A look at the historically high savings rate in the EU also underlines that the scope for consumer spending is high. The significant increase in spending on booked travel reflects this very clearly. Holidaymakers are catching up and are willing to pay more for their holidays. For tourism, but also for hospitality and cultural enterprises, this trend is a good signal. The market and customers are in the starting blocks, the demand is there. Everyone is waiting to earn their own income from the business again."

Freedom to travel is the norm, restriction must remain the exception: Use all opportunities to restore travel freedoms – with reliable rapid testing and vaccination, basis for open borders and summer holidays is in place – TUI UK: Great Britain to achieve herd immunity and vaccinate 75 per cent of population by 14 July

Two important conditions have been created for a resumption of tourism in summer 2021: Firstly, unlike in 2020, highly effective vaccines from various suppliers have been approved and others are about to be approved. People particularly at risk will be offered vaccination in the coming weeks. This will significantly ease the pressure on health systems. However, the fear of overburdening the health systems and the protection of the elderly are currently the justification for the restrictions on public and private life. On the other hand, reliable and inexpensive rapid tests are available in sufficient numbers. Thus, there are ways and means to make travel freedoms possible again in spring.

Fritz Joussen, CEO TUI Group: "Even if there are delays in the first vaccination phase in some European countries, the vaccination campaigns will lead to the restoration of basic freedoms in many areas of life in the coming months. The more determinedly the vaccination campaigns are implemented, the faster we can return to true freedom to travel. According to recent reports, the launch and implementation of the vaccination campaign in Israel and Great Britain have been particularly successful. Great Britain is economically a very important and large market for TUI. There, the vaccination campaign is progressing very rapidly; according to current plans, all Britons over 50 years of age are to receive a vaccination offer by the beginning of May. By mid-July, 75 per cent of the population there should have been vaccinated, so that herd immunity is achieved. This will have an immediate impact on the booking and travel behaviour of Britons for the summer of 2021. It also gives hope that the other European countries important to TUI will also be able to accelerate their vaccination strategies. In the transition period, rapid tests can play an important role, especially in tourism. We should use these opportunities wherever possible for the sake of the many millions of employees in the European tourism sector and the travellers. With uniform and reliable regulations on rapid tests, we can leave quarantine obligations and closed borders behind us. Rapid testing instead of quarantine is a demand of the travel industry, to which TUI also adheres."

TUI vacation remains the safest form of travel in the pandemic – incidence value of 0.54 since new start in summer 2020
The package tour continues to play an important role in the pandemic. It guarantees high hygiene and safety standards across all stages of the travel experience, thus enabling responsible travel even in times of pandemic. This is also confirmed by the incidence of corona at TUI since the outbreak of the pandemic: since the first relaunch in summer, TUI has facilitated holidays for more than 2.5 million guests. An average 7-day incidence of 0.54 was observed per 100,000 guests (364 registered COVID-19 cases).