UK tourists avoiding the UAE due to security concerns 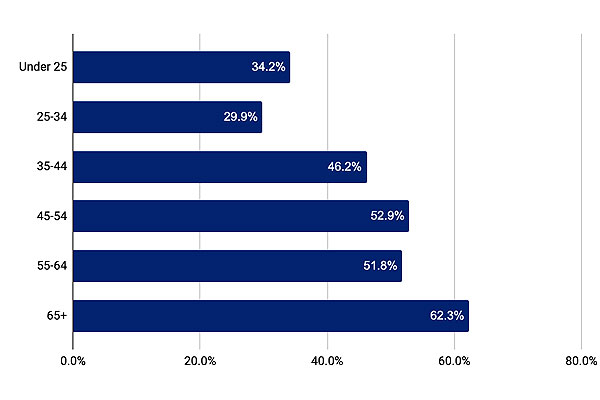 Of the 1001 people surveyed, 47% of UK residents said they have been put off from visiting Dubai and UAE due to their security concerns and the heightened threat of war in the Middle East.

Teaching Abroad Direct surveyed 1001 UK residents to see if they have been put off visiting the UAE due to security concerns and threats of war in the Middle East.

In light of the heightened tensions in the Middle East and the recent actions of Iran and US, Teaching Abroad Direct took a look at how these actions might affect UK tourism to Dubai and UAE as a whole.

Of the 1001 people surveyed, 47% of UK residents said they have been put off from visiting Dubai and UAE due to their security concerns and the heightened threat of war in the Middle East.

This figure, if compared to the 1.5 million trips made by British nationals to the UAE, could see over 700,000 fewer visits made to the ‘City Of Gold’ and a massive reduction in the tourist trade in the Emirates.

However, there is something of a generational breakdown in these figures. Almost two-thirds of over 65’s said they’d avoid visiting the Emirates due to their conflict concerns, compared to just 1 in 3 under 35’s.

The survey also found there to be a gender difference between those put off by recent events and those unwavered by them; with the majority of male respondents (57.2%) saying they wouldn’t be put off visiting Dubai and UAE, while almost half (50.1%) of women said the opposite and have been put off visiting.

Mike Boulon of Teaching Abroad Direct, comments: “Its understandable people are worried about the tensions in the region, especially when you consider the levels of threats and potential escalation in the region by both neighbouring powers and those overseas.”

“With that in mind and Dubai attracting an average of over 1.5 million trips from British nationals per year, Dubai could be seriously hurt by the threats of conflict and destabilisation, both in terms of tourism and when attracting people travelling for work.”

Hotel hotspots for 2017 – What’s around the corner for the UK’s hotel sector?

What the potential Brexit means for UK tourism: Euromonitor data and comment

Hotels in the UK with better value for money

Tourist hotspots at risk of flooding

Your.Rentals’ Industry Report reveals the pain and gain of property managers in the vacation rental sector