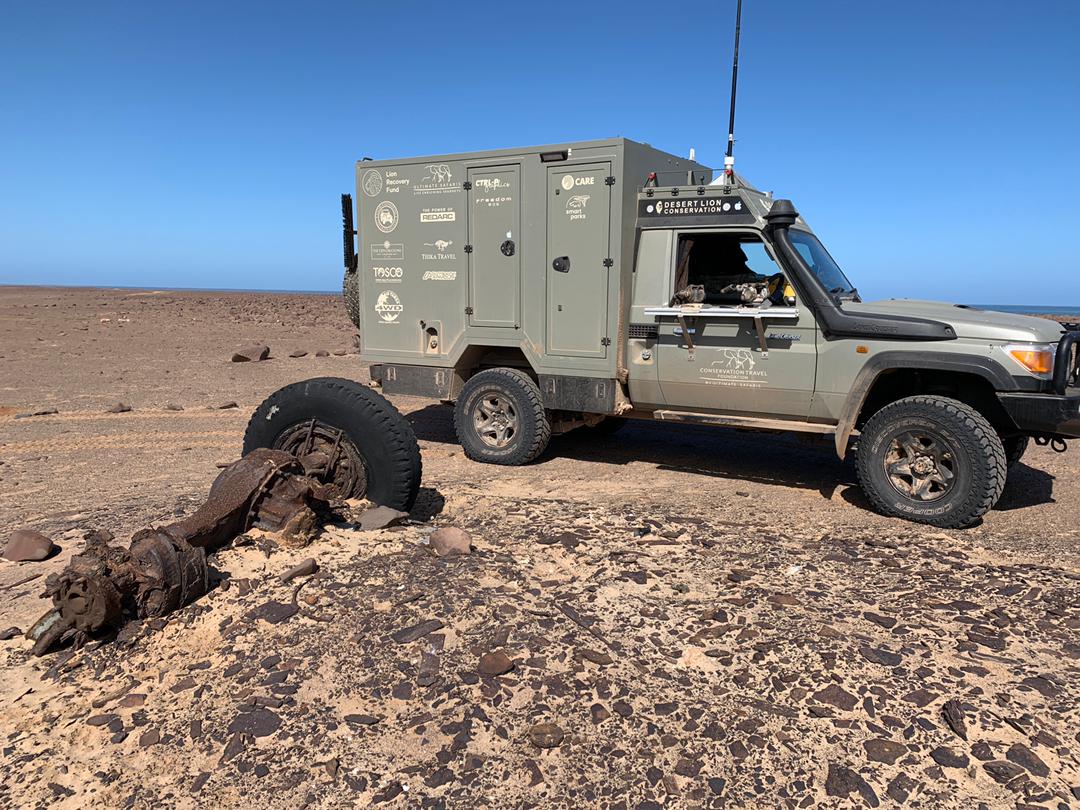 Ultimate Safaris is stepping up its significant investment into the management, conservation, and research of these exceptional lion groups by working with its partners and sponsors to learn more about these vulnerable animals to ensure they survive and thrive.

To mark World Lion Day on August 10th, Ultimate Safaris is investing in a new state-of-the-art research and monitoring vehicle to keep track of the unique desert lion population of northern Namibia. Dedicated to the protection of the wilderness areas of Namibia where it operates, the award-winning Ultimate Safaris is proud to work through its non-profit organisation, the Conservation Travel Foundation to support the conservation of the top predators which are crucial to the overall survival of biodiversity in the African savanna. Ultimate Safaris has, via the Conservation Travel Foundation, supported the conservation of desert-adapted lions to the tune of £207,000 (US$ 250,000) over the past three years. The overall aim is also to reinforce the image of the desert lions as a national asset to Namibia which need to be conserved and managed widely for the benefit of the Namibian people, as well as the broader international community.

Ultimate Safaris is stepping up its significant investment into the management, conservation, and research of these exceptional lion groups by working with its partners and sponsors to learn more about these vulnerable animals to ensure they survive and thrive. From providing satellite collar-triggered early warning systems to notify rural farmers of lion presence, to supporting lion rangers and rapid response units to support rural farmers in times of human-animal conflict, to providing predator-proof enclosures (kraals) to keep livestock safe at night as well as supporting crucial research and monitoring.

The Conservation Travel Founding has raised sufficient funds to supply Desert Lion Conservation with a much-needed research and monitoring vehicle.  A brand-new modified Toyota Land Cruiser V8 is making its debut thanks to support from the Lion Recovery Fund, Ultimate Safaris, Thika Foundation, and The Explorations Company assisted by a generous discount from Gobabis Toyota. It was enhanced with state-of-the-art fittings because of the incredible support of Safari Engineering, Freedom Won Batteries, Outback Armour Suspensions, Redarc solar technologies, Terrain Tamer equipment, and signage from CTRL P, which has resulted in one of the most advanced, trail-blazing research and monitoring vehicles on the African continent.

Namibia cherishes its reputation as home to the only population of lions that are increasing in number outside the confines of a national park, a population that is found in the country’s arid north-west, and aptly described as desert-adapted lions. The small population exists in extreme desert conditions, exhibiting extraordinary adaptation to their environment and living in a harsh habitat of dunes, gravel plains, and barren mountains, occasionally foraging along the beaches of the Skeleton Coast. Nowhere else in the world can free-ranging lions be seen among dunes or on a beach. As a result, the iconic “Desert” lion has become a prominent feature in Namibia and is highly valued, both aesthetically and financially, by community conservancies and the growing tourism industry alike.

Tristan Cowley, managing director and co-founder of Ultimate Safaris, commented: “Desert Lion Conservation has dedicated the last three decades towards the recovery and conservation of one of the most unique populations of lions in Africa. This population has become a national treasure and carries a significant value for conservation-based tourism which ensures Conservancy Based Natural Resource Management has its best chance of succeeding. Ultimate Safaris is proud to play a small part in this and delighted to have been able to bring so many partners together to continue supporting these efforts.”

Building a resilient future is a core aim of Ultimate Safaris, which specialises in privately guided safaris for individuals as well as small groups, with experts in wildlife and the natural landscape. Founded in 2008, Ultimate Safaris boasts one of the most experienced, creative, and respected ‘tribes’ in the Namibian safari industry. Considered among the leading authorities on travel to Namibia, Ultimate Safaris pioneers new ways in which to experience the country, ensuring exceptional leadership and a real connection to local communities and places.