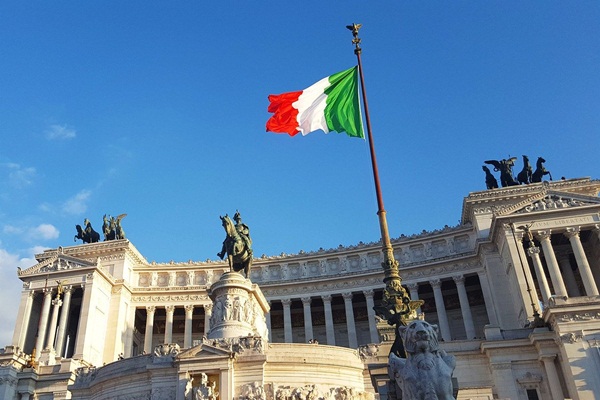 Esta-america.com has researched over 100 online sources to reveal which destinations across the world are top of people’s bucket lists. With travel slowly returning to some sort of normality since the pandemic, find out which cities and countries are likely to thrive with tourists once again.

Top of the bucket list is Italy. With over two-thirds of mentions online (67%), the Roman capital is the most popular country to visit. Rich in culture, there are so many historic steps to retrace; from the Colosseum in Rome, Mount Vesuvius in Pompeii, to the Leaning Tower of Pisa, no wonder Italy is high on dream travel list – who could turn down its mouth-watering Neapolitan pizza?

In second is the USA. People have had to wait for over a year for US borders to re-open, which reflects in over half (56%) of bucket lists online. We see so much of America on television, so now is the time to see it in person! Why not explore New York City and climb the Empire State Building, stand in the shadows of the striking Statue of Liberty, or bask in the Hollywood sun and see if you can spot the local celebrities. If the party scene is more your thing, celebrate your next adventure in the city that never sleeps – Las Vegas.

Table 1: Percentage of each country mentioned in an online bucket list

Steeped in history, the UK takes the 3rd most popular spot on the bucket list. From beach breaks, hikes up rolling hills and mountains, more than 5 in 10 bucket lists (55%) have British culture set in its sights. There’s so much choice when visiting the UK, what will you choose? A country retreat in the Lake District, or perhaps a city tour?

Table 2: Percentage of each City mentioned in an online bucket list

Out of all the cities in the world, Paris takes the lead, featuring on over two fifths (45%) of bucket lists. Renowned for its exquisite culture and je ne sais quoi, you can’t go to Paris and not see the grand Eiffel Tower. Stop off for lunch moments away from the Notre Dame, and see some of the most illustrious art in the world including the Mona Lisa at the Louvre Museum.

For romance and stunning scenes of the canals, Venice is the second most popular cityscape on over two-fifths of online bucket lists. In addition, several historical destinations feature on the top 10, with Greece’s Athens on 19% of online wish lists – visiting the ancient Acropolis at sunset is a must. Fans of the Egyptians are eager to finally see the great pyramids of Giza in Egypt (30%).

46% of people won’t be spending money on traveling this holiday season, study says

The most beautiful cities to visit by night, according to Instagram