Unforeseen demand for international flights cause cancelation of hundreds of flights 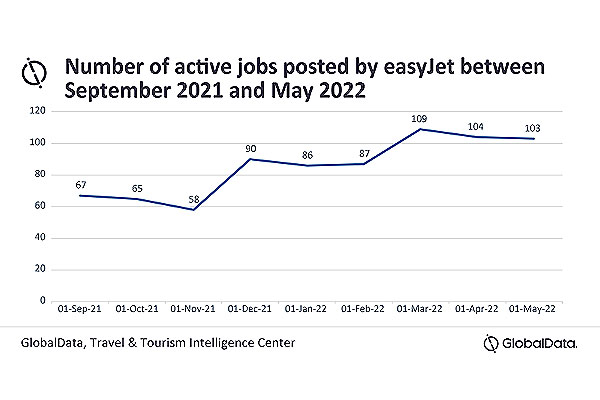 Airlines should have learned from the pandemic that nothing is certain in the current climate as scaling issues cause flight chaos, says GlobalData.

Many airlines betted on employees returning in hordes when travel started to meaningfully resume in 2022 and rapidly increased their Spring/Summer schedules as a result, says GlobalData. However, the leading data and analytics company notes that airlines should have learned from the pandemic that nothing is certain in the current climate.

Ralph Hollister, Travel and Tourism Analyst at GlobalData, comments: “It is understandable why airlines rapidly increased their Spring/Summer schedules for 2022, as vaccination programs displayed strong progress in many key markets for the travel industry, resulting in booking confidence increasing in 2021. However, many airlines have found it difficult to hire, vet, and train new staff members to meet the unforeseen demand for international flights from travelers and are now having to cancel hundreds of flights.”

Airlines such as Delta, Wizz Air, and easyJet have already, or are set to, reduce their Spring/Summer schedules due to scaling issues. When looking specifically at easyJet, it was announced in November 2021 that the airline was adding thousands of extra seats on flights to Greece for the Summer of 2022. However, when looking at easyJet’s hiring trends on GlobalData’s Job Analytics Database, the company was not increasing its number of job postings (active jobs) on its career pages, either in the month of November 2021 or in the months leading up to this announcement.

The airline only started to significantly increase its hiring activity in the months leading up to the busy summer period of 2022, with the number of active jobs increasing by 79.3% when comparing November 2021 with April 2022. This is when airlines started to realize the substantial level of demand that would be present throughout the upcoming summer period.

Hollister continues: “The lack of hiring activity in the back end of 2021, and then a sudden increase in the months leading up to Summer 2022, suggests that airlines such as easyJet may have been suffering with scaling issues, which has led to overselling. These airlines could have scaled their operations more tentatively to avoid having to cancel additional flights in large numbers due to pressures on hiring.”

With many unempathetic travelers likely asking why these airlines increased their flight schedules if they do not have the capacity to run additional flights, timely refunds need to be ensured to limit reputational damage.

Hollister adds: “Many travelers will still have a sour taste in their mouths due to the hoops they had to jump through to receive refunds during the first bout of cancellations caused by the pandemic. If airlines are slow to process refunds after sudden cancellations this summer, customers may never return to use their services. Travelers may have given airlines the benefit of the doubt during the peak of the pandemic but are unlikely to be as forgiving if similar issues occur this far down the line.”