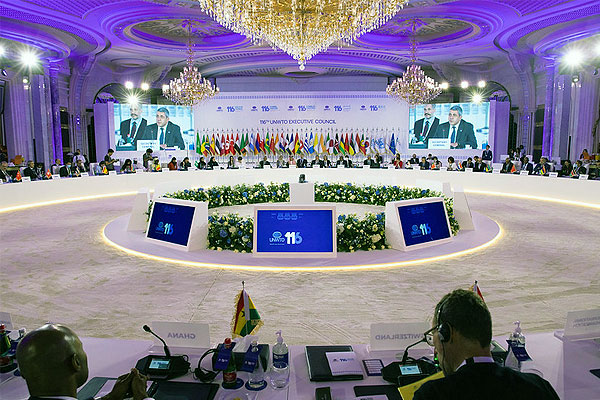 In a joint statement, UNWTO Secretary-General Zurab Pololikashvili and Commissioner Vălean welcomed the restart of international travel across the region.

As the European Council presents the conclusions of the European Tourism Agenda, UNWTO has joined European Commissioner for Transport Adina Vălean in emphasizing the importance of jobs, education and investments for achieving the shared vision for a revitalized sector between now and 2050.

The conclusions presented by the European Council yesterday are built on several years of work around “Tourism in Europe for the Next Decade.” They inform a new Transition Pathway for Tourism, developed by the European Commission in consultation with key stakeholders, including UNWTO. The Transition Pathway identifies specific intervention areas to boost the tourism eco-system in Europe. Several of the key intervention areas reflect the priorities of UNWTO, most notably a recognition of the importance of building and supporting a skilled and committed workforce.

In a joint statement, UNWTO Secretary-General Zurab Pololikashvili and Commissioner Vălean welcomed the restart of international travel across the region. However, they stress that tourism and transport need to “work together” to address the gap in tourism employment by making both sectors more attractive for workers. Additionally, the joint statement notes the importance of investments in tourism as a means of accelerating the shift to greater resilience and sustainability.

UNWTO has made tourism education and training one of the priorities in recent years. Alongside this, UNWTO opened a first department focused on investments, emphasizing that to achieve its wider goals of becoming more resilient and sustainable, tourism first needs the financial and human capital in place.