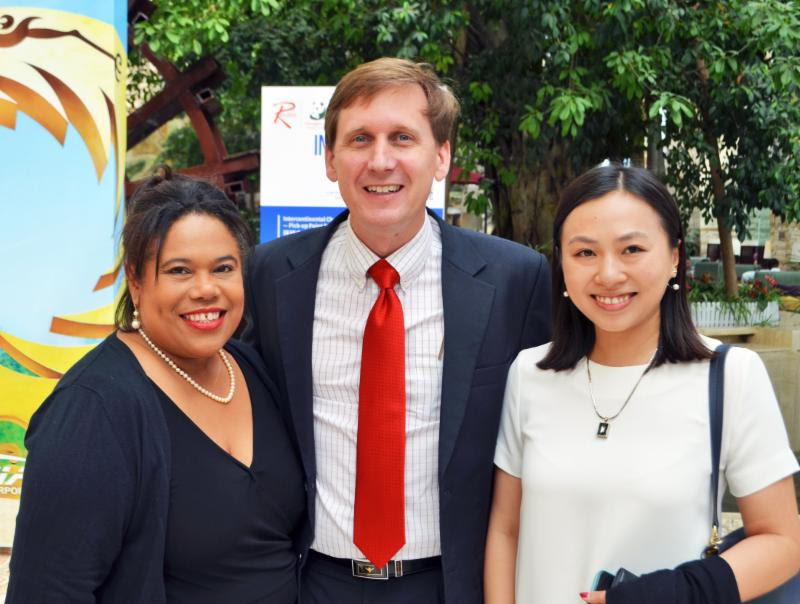 A promising outcome is the ability to leverage codeshare and interline agreements between U.S. and Chinese carriers to provide Chinese visitors with a seamless travel experience to the islands.

The Commissioner was there to explore opportunities to draw Chinese tourists to the Territory following an earlier business mission in June led by Governor Kenneth E. Mapp.

A promising outcome is the ability to leverage codeshare and interline agreements between U.S. and Chinese carriers to provide Chinese visitors with a seamless travel experience to the islands.

Nicholson-Doty also addressed tourism leaders and the media on two panels at World Routes, one on the importance of innovations in destination marketing, and the other on women in aviation and tourism.

In addition to her conference appearances, the Commissioner, with the expert assistance of U.S. consular and trade officials, met with Chinese travel agents and tour operators to examine ways and means of capitalizing on the increasing Chinese demand for international travel.

In meetings facilitated by the U.S. Embassy in Beijing, Nicholson-Doty met a succession of travel companies who were interested in the immediate development of travel itineraries to the U.S. Virgin Islands.

"This visit was part of our comprehensive marketing strategy, which helps to ensure that the Territory remains a top-of-mind choice for global travelers to the Caribbean," said Nicholson-Doty.