Virgin Atlantic secures cleanest, youngest fleet yet with introduction of the Airbus A330neo 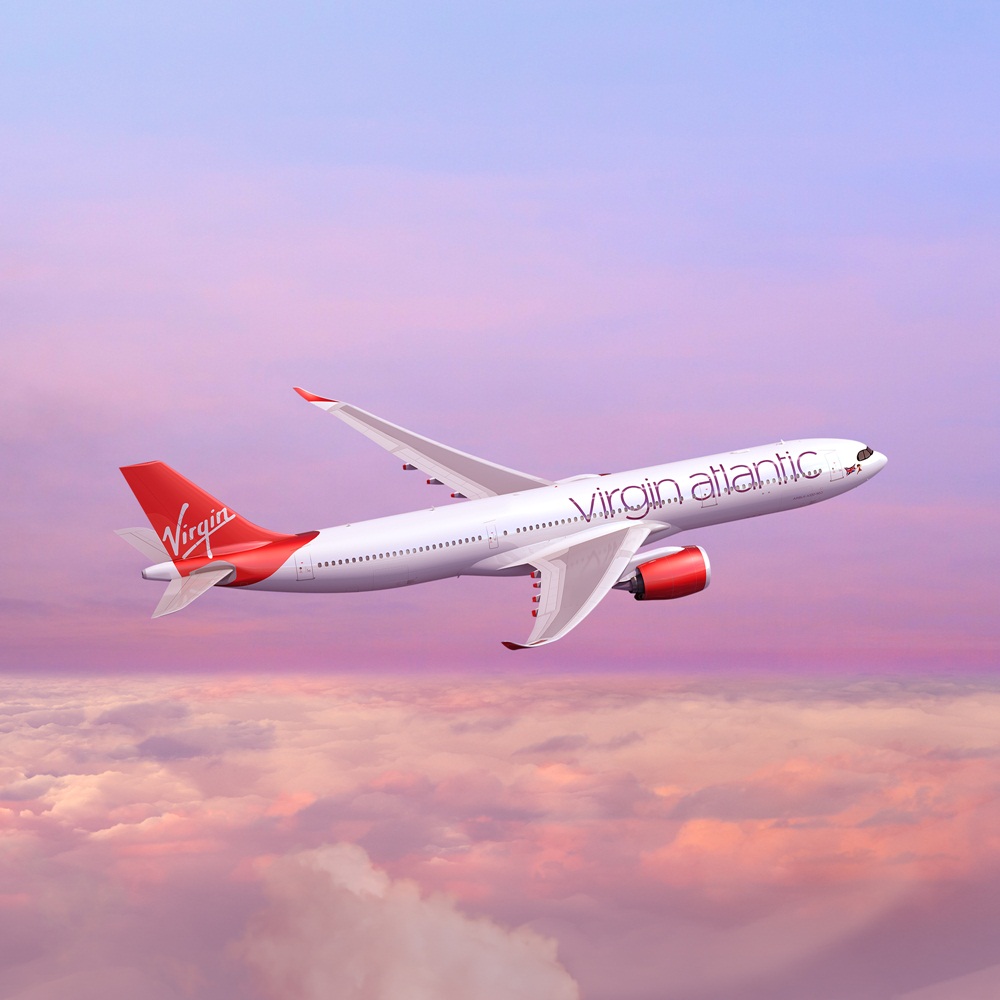 By 2024, the fuel efficiency of Virgin Atlantic’s fleet will have improved by 32 per cent and the average aircraft age will halve to just 5.3 years.

Virgin Atlantic has become the first UK airline to announce a firm order for 14 Airbus A330-900neos, with an additional six as options, reaffirming its commitment to flying the cleanest, greenest fleet in the sky.

The new planes are designed to be 13 per cent more fuel and carbon efficient than the A330-300 they replace and will deliver a 50 per cent reduction in airport noise contour. Over a ten year period, 2014-2024, the fuel efficiency of Virgin Atlantic’s fleet will have improved by 32 per cent.

The order, valued at $4.1billion, is a crucial step in Virgin Atlantic’s fleet transformation programme which will see 100 per cent of the airline’s planes replaced over a ten year period, creating one of the youngest fleets in the skies with an average age of just 5.3 years. Of the firm order, eight will be purchased and six leased, as Virgin Atlantic continues its investment into increasing the proportion of owned aircraft in its fleet.

The aircraft will be exclusively powered by the Rolls Royce Trent 7000 engine, drawing on more than 50 million flying hours of experience from the Trent 700, which powers the original version of the A330. The 68-72,000lb thrust Trent 7000, which entered service in November last year, delivers a step change in performance and economics compared to the Trent 700.

The new aircraft will offer all Virgin Atlantic cabins; Upper Class, Premium and its three tiers of Economy; Delight, Classic and Light, allowing for continuous evolution of the airline’s award-winning customer proposition, working with frequent flyers to ensure Virgin Atlantic continues to offer the best possible travel experience for customers. The aircraft will operate on both business and leisure routes for the airline worldwide with bases at London Heathrow, London Gatwick and Manchester Airports.

Shai Weiss, CEO of Virgin Atlantic, commented; “2019 marks a return to growth for Virgin Atlantic as we strive to become the most loved travel company and the nation’s second flag carrier at an expanded Heathrow."

"A fundamental part of our strategy is collaboration with partners and our announcement today with Airbus and Rolls Royce, following the launch of our A350-1000 this summer, takes our partnership to the next level. The acquisition of 14 A330neos will play a pivotal role in our fleet transformation and it is testament to our sustainability commitment; by 2024, we will have improved the fuel efficiency of our aircraft by 32 per cent.”

“We will be proud to operate the youngest, cleanest fleet yet, with an average age of just over five years. It also allows us to continue innovating for our customers to create an on-board experience we know they will love.”

Chris Cholerton, Rolls-Royce, President – Civil Aerospace, said: “We are deeply honoured to power the A330neo, which is already becoming an aircraft of choice for prominent carriers such as Virgin Atlantic. We are also extremely proud that the Trent 7000 will be the fifth Trent variant operated by Virgin Atlantic – this is the Power of the Trent family of engines."

“We have great respect for Virgin Atlantic’s fuel efficiency initiatives and commitment to improving sustainability across its business, and we look forward to helping the airline achieve these targets by powering its A330neo fleet with the Trent 7000 engine, which provides a 14% improvement in fuel efficiency per seat.”

Launched in July 2014, the A330neo Family is the new generation A330, comprising two versions: the A330-800 and A330-900 sharing 99 percent commonality. It builds on the proven economics, versatility and reliability of the A330 family, increasing range by up to 1,500 nm compared to the majority of A330s in operation.”

In addition to announcing new aircraft, Virgin Atlantic will welcome its first Airbus A350-1000 this summer, which includes a custom made Upper Class cabin, featuring a brand new suite and social space. Further contributing to its growth strategy, the airline recently revealed its 27th daily service from London Heathrow and its third new route announcement this year. Flights to Tel Aviv, Israel and Mumbai India are due to commence in September and October 2019 respectively, with flights to São Paulo, Brazil starting in 2020, marking the airline’s first venture into South America.

TownePlace Suites by Marriott to open in Owensboro, Kentucky