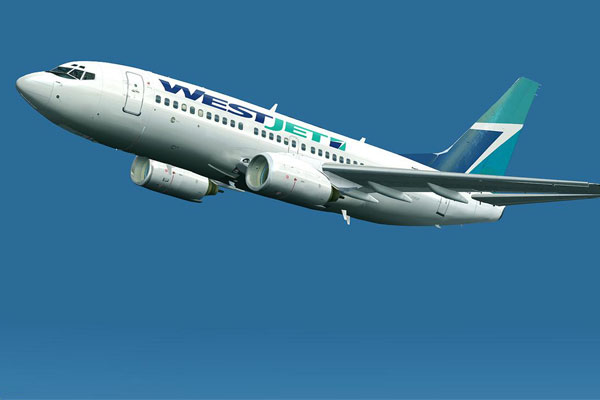 "WestJet is looking forward to providing Nanaimo and Comox with improved connectivity into the broader WestJet network," said Brian Znotins, WestJet Vice-President, Network Planning, Alliances and Corporate Development. "In addition, WestJet Encore's Bombardier Q400s offer an affordable, quick and comfortable option for leisure and business travellers looking to hop back and forth between the island communities and British Columbia's largest business centre and airport."

"This is another great connection from our long-standing partner, WestJet," said Craig Richmond, President and CEO, Vancouver Airport Authority. "Thanks to these new services, our passengers will have more options when travelling domestically. This will further grow WestJet's hub out of YVR, connecting people and products to B.C. and beyond."

"It's great to see WestJet recognize the opportunity to expand in our marketplace," said Fred Bigelow, CEO at the Comox Valley Airport. "We're well served with WestJet service through Calgary and Edmonton. By adding Vancouver International Airport to the mix, travellers now have more options for easy connections within the Province and Hawaii."

"We are proud to make history as the first Canadian airline to receive the Boeing 737 MAX," said Ed Sims, WestJet Executive Vice-President, Commercial. "The MAX's design updates, including Boeing's Advanced Technology winglets and the Boeing Sky Interior, will contribute to improvements in fuel efficiency and overall guest experience. We look forward to welcoming guests on board our sleek new aircraft along with our signature caring, people-driven service."

"We worked closely with WestJet to make sure the 737 MAX raises the bar when it comes to efficiency, reliability and the passenger experience," said Brad McMullen, Boeing's Vice-President of Sales for the Americas. "This is a great airplane for a great customer, and we're excited to see WestJet put the MAX into service."

The aircraft, which has been at WestJet's Calgary hangar since September 29 for inspections, training and test flights, is the first of 50 Boeing 737 Max scheduled to be delivered through 2021. The aircraft is expected to officially enter service on November 9, 2017, when it operates from Calgary to Toronto.

The Boeing 737 MAX is powered by CFM International's LEAP-1B engines, designed for fuel efficiency and noise reduction. Overall, the aircraft is 14 per cent more fuel-efficient than current 737 Next-Generations and have a reduced operational noise footprint of up to 40 per cent through quiet-engine technology.

WestJet's 737 MAX 8 aircraft feature a single cabin with 174 seats. Its seating configuration consists of three rows of Plus in addition to 11 more rows with a seat pitch of 34 inches. Further enhancing WestJet's guest experience, the aircraft comes with Boeing's new Sky Interior which has features such as customizable LED lighting and new speakers to improve sound and clarity of onboard announcements.

WestJet's current fleet consists of 117 Boeing Next-Generation 737s, four Boeing 767s and 42 Bombardier Q400 NextGen aircraft. WestJet has also entered into a definitive purchase agreement for 10 Boeing 787-9 Dreamliners with the first aircraft expected to be delivered in January 2019. With one of the youngest fleets in the airline industry, WestJet continues its global growth while controlling operating costs and providing an award-winning guest experience.