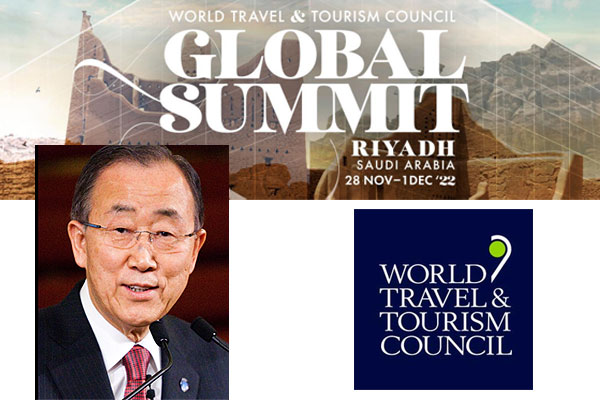 Ban Ki-Moon is the first keynote speaker announced for the 22nd Global Summit in Saudi Arabia.

Ban Ki-Moon served as the eighth UN Secretary-General from 2007 to 2016. During his tenure he championed sustainable development, climate change and gender equality at the top of the UN agenda.

He served as South Korean Foreign Minister from 2004 to 2006 and now serves as Deputy Chair of The Elders.

Ban will be spearheading the esteemed group of industry leaders that will gather with key government representatives from across the globe to align their efforts to support the sector’s recovery and move beyond to a safer, more resilient, inclusive, and sustainable Travel & Tourism sector.

Taking place in Riyadh, Saudi Arabia from 28 November to 1 December, the global tourism body's highly anticipated Global Summit is the most influential Travel & Tourism event in the calendar.

“It is a pleasure to have such an influential speaker confirmed for our Global Summit in Riyadh.

“Our event will bring together many of the world’s most powerful people in Travel & Tourism to discuss and secure its long-term future, which is critical to economies and employment around the world.”

Study reveals which destinations are the most searched for during wintertime