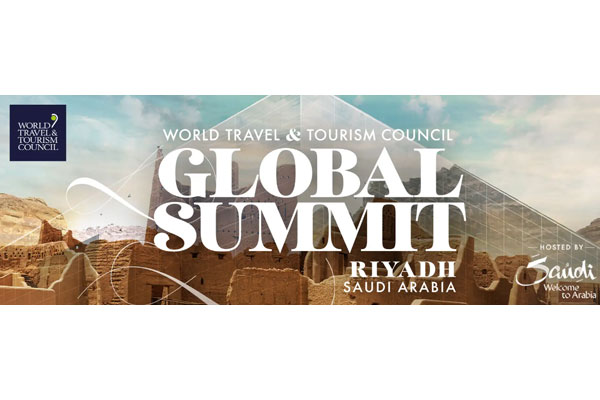 ‘Travel for a Better Future’ revealed as event theme. Travel & Tourism business leaders and government officials to take to the stage in Riyadh.

LONDON, UK – The World Travel & Tourism Council (WTTC) unveils its first round of confirmed speakers for its upcoming Global Summit to be hosted by Saudi Arabia, which includes leaders from some of the world’s largest Travel & Tourism businesses, Saudi officials, and tourism ministers from around the world.

Taking place at the King Abdul Aziz International Conference Centre in Riyadh from 28 November to 1 December, the global tourism body's highly anticipated 22nd Global Summit is the most influential Travel & Tourism event in the calendar.

Under the theme “Travel for a Better Future” the event will focus on the value of the sector, not only to the global economy, but to the planet and communities around the world.

During the Global Summit, industry leaders and international government officials from across the globe will gather in Riyadh to continue aligning efforts to support the sector’s recovery and address the challenges the future poses to ensure a safer, more resilient, inclusive, and sustainable Travel & Tourism sector.

Julia Simpson, WTTC President & CEO, said: “We are delighted to have such influential speakers already confirmed for our Global Summit in Riyadh.

“The government of Saudi Arabia has been instrumental in the recovery of the Global Travel & Tourism sector following two years of crisis, and we are delighted to be taking our Global Summit to the Kingdom this year.

“Set to become a major tourist destination, our latest research shows that Saudi Arabia’s Travel & Tourism sector will surpass pre-pandemic levels next year and will see the fastest growth across the Middle East over the next decade.”

His Excellency Ahmed Al Khateeb, Saudi Arabia Minister of Tourism, said: “WTTC will arrive in Riyadh as tourism enters a new era of recovery. Bringing together global leaders from both the public and private sector, the Summit will be fundamental in building the better, brighter future the sector deserves.

“There is no doubt our ambitious investment, sustainability and travel experience goals can be realized through global collaboration and WTTC’s Global Summit in Riyadh will provide a platform for these important conversations, while ensuring visitors enjoy the hospitality and opportunities of one of the world’s fastest growing tourism destinations.”