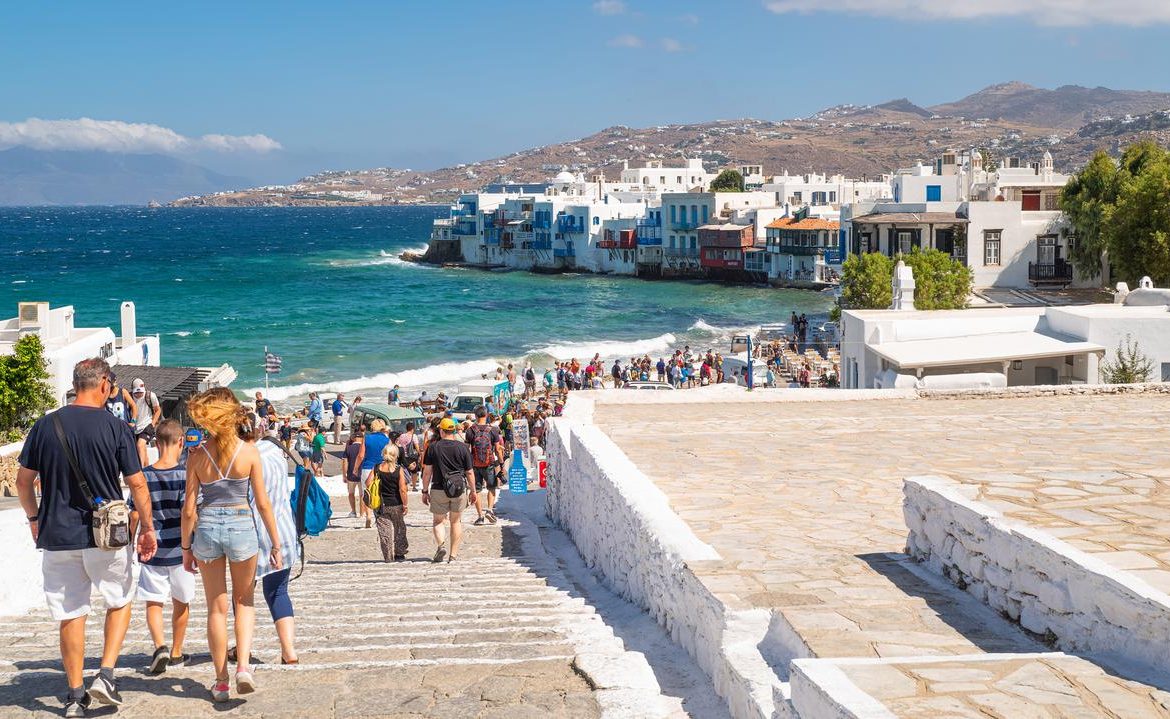 The vast majority of the packages, around 86 percent, were to Europe. Among European destinations, Greece was the top destination with well over 184,000 packages, accounting for 41.5 percent of all travel packages to the region.

The war that started in Europe in February 2022, the resulting energy and economic crisis and the still lingering Covid-19 pandemic are factors that, even as individual phenomena, would create challenges for the travel industry. However, the sector, which had been surviving the pandemic on the back of domestic tourism, was given a breather in spring 2022, when international travel from Finland to abroad and from abroad to Finland finally took off. Although sales were still lagging behind the pre-pandemic level at the end of the year, the situation in the travel industry was better than could have been expected given the challenges of the operating environment.

The Association of Finnish Travel Industry (SMAL) has compiled the traditional package travel¹ statistics, featuring flight-based packages from Finland to international destinations in 2022 sold by its member companies. Overall, just over 518,000 packages were sold which has an increase of 344 percent compared to 2021. However, there was still a 41 percent drop in package sales compared to the pre-pandemic period. In 2022, the combined turnover of tour operators organizing flight-based travel packages was 494.7 million euros, an increase of 374 percent compared to the previous year. In 2019, the corresponding figure was 755.6 million euros, a drop of 34,5 percent in 2022 compared to the pre-pandemic period.

Some 48,000 travel packages were made to destinations in the Middle East and North Africa, accounting for more than 9 percent of all statistical packages. Sales to Middle East and North Africa destinations increased by 542 percent compared to 2021, although there was still a decline of around 57 percent compared to the pre-pandemic period. Turkey is a long-standing favorite of Finnish travelersin the region, with around 39,000 package-holiday travelers going there in 2022, accounting for 81 percent of all sales in the region. Around 3,800 travelers went to the United Arab Emirates and around 3,200 to Egypt.

Some 25 000 travel packages were made to long-haul destinations, an increase of 432 percent compared to 2021. The drop in long-haul sales was still 71 percent of the 2019 package travel volume. Cabo Verde was the most popular long-haul destination, with around 8,800 trips, or over 35 percent of trips to the region. Travel to Thailand was only freed from all pandemic-related travel restrictions in the end of the year, meaning that only around 7,500 travel packages to the traditional number one destination for Finns could be made during 2022.

The popularity of long international cruises was growing well among Finns before the pandemic. In 2022, around 3 700 cruise packages were sold. The majority of these were European cruises. Cruise sales grew by 313 percent compared to 2021, although there was a drop of more than 53 percent compared to 2019. It is worth mentioning, however, that the figures above are provided by tour operators and do not count trips booked by travelers directly with the cruise companies.

A majority of the figures are based on the sales of package travel holidays that are produced serially. For this reason, popular European city destinations, for instance, are not represented in the correct proportion in the statistics.

Noora Haatainen, Helsinki Expo and Convention Centre: The power of exhibitions and trade fairs in tourism

Palace of Versailles tickets – Everything you should know