Newsletter
HomeTraveling to Europe in times of coronavirus

Traveling to Europe in times of coronavirus 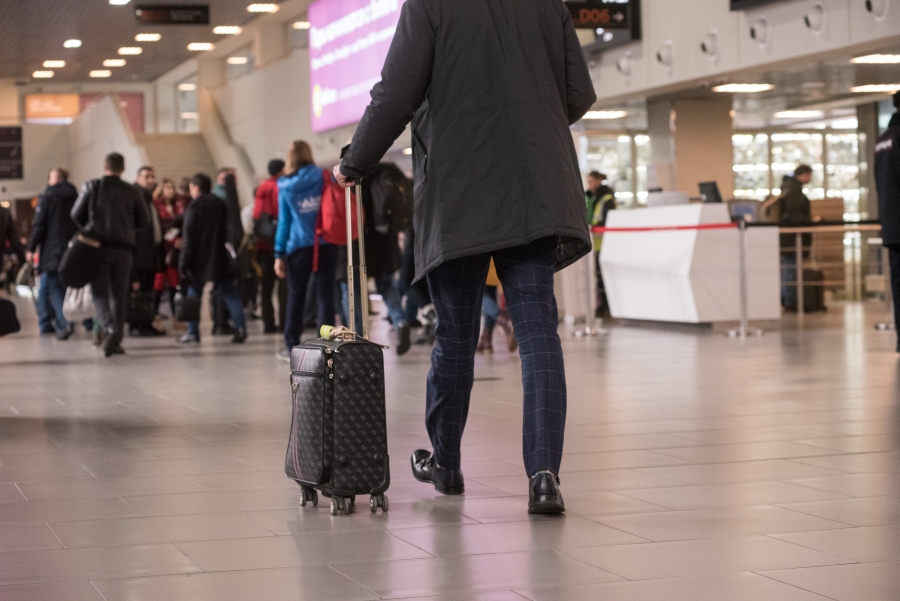 Some European countries base the EU ban on your country of departure, not your passport.

As the European travel ban on the U.S. and high-risk countries remains, for tourist grounds, Americans and others are also not allowed in the EU. Nevertheless there are still different ways of getting to Europe, in case you're hell-bent on it.

Government officials are not policing it either.
Many Americans on their way to Europe, don't even stay in the UK. When in transit, quarantine is not needed. Before you arrive in England, you will have to fill out the Passenger Locator Form online.

2. Travel from the Schengen Region of the EU
Last week the spanish tourism office updated the information regarding the requisites for entering the country during the pandemic. According to their official website “You can travel to Spain if you are travelling from the European Union, from a country in the Schengen area, or from another country which has a reciprocal agreement with Spain for accepting travellers.”

Any traveler will be required to fill the health control form 48 hours prior to travel. Then you will collect a QR code to show to officials at the border. Everybody will undergo temperature checks and "a visual wellbeing examination" upon arrival. If you are looking to travel to the EU, from a non EU country, bear in mind that you will need to have the proper documentation. In the case of Spain for example, there’s different types of visas.

French immigration officials also say that they authorize American passport holders to land in the Schengen region in France.

"There is no international passport control if you're in Schengen unless a country has lifted its internal borders" says Joey Pham, who has been living in Europe since August.

Although airline workers can track EU travel rights exclusively for Americans traveling out of the States, they do not do so inside Europe. "Flight wise, airlines search your visa, but functioning as border control is not their responsibility," Pham says. He took several flights to Italy, Hungary and elsewhere and faced no concerns about his citizenship in the United States. "We just make sure that the records do not expire."

Many other members of the EU may not display the same transparency. Some also forbid their fellow high-risk Europeans. Greece is one country that takes a hardline stance to travel ban compliance, and a second round has been largely resisted by Italy.

3. The 14 Day Rule: Reaching Europe through Travel Corridors
It seems like other nations, including Italy, are still leaning towards the 14-day norm. Bans on third-party nationals, while not publicly, are certainly getting more fluid. Slovenia is another example of this. U.S.Embassy in Slovenia informed that “when coming from a green list country where no quarantine is needed, travelling by air or land border travel is allowed”. The government website reveals that even passengers from red list countries such as the U.S.are allowed to fly there under the imposition of a 10 day quarantine upon arrival.

4. Traffic Light System Could Give Americans Green Light
For weeks, there has not been an update on the EU travel restrictions. In trying to sort out a whole muddle of internal travel constraints, Europe is up to its neck as Covid is flaring across the continent. Meanwhile, individual countries are moving to include a green light for flight, including testing and other criteria for higher-risk areas.

5. Flying from other low-risk nations to the EU
Some European countries base the EU ban on your country of departure, not your passport. This suggests that Americans could potentially, for example, travel to France via Tunisia, which is on the safe list of countries in the EU. Interestingly, others also traveled smoothly from Turkey to France, which is also subject to the EU travel ban.

Jordi Cubiro Farre is a graduate of Business Science by Pompeu Fabra University, in Barcelona. After graduating, he got a job in the Spanish Immigration Office, and a year after that, he started his masters in journalism.

This author does not have any more posts.

Study reveals the cost of 3, 4 and 5-star hotels and vacation homes in 75 popular destinations