The top four cultural and contemporary cities to visit in 2021

One of the most wholesome ways to experience the world is to go traveling. Travelling opens your eyes and mind to so much more than your immediate environment. Like Saint Augustine rightly said, when you travel, you read so many pages of the world. With the lockdown from the pandemic, traveling has taken even more significance.

As the lockdown is being eased and the hospitality industry is picking up, everybody is making plans for the long-awaited vacation trip to destinations. Knowing where to explore while traveling is just as important as traveling itself. There are so many cultural and contemporary cities to visit in 2021. This article compiles a list of the top 4 beautiful and fun cultural and modern cities to visit on your next vacation. 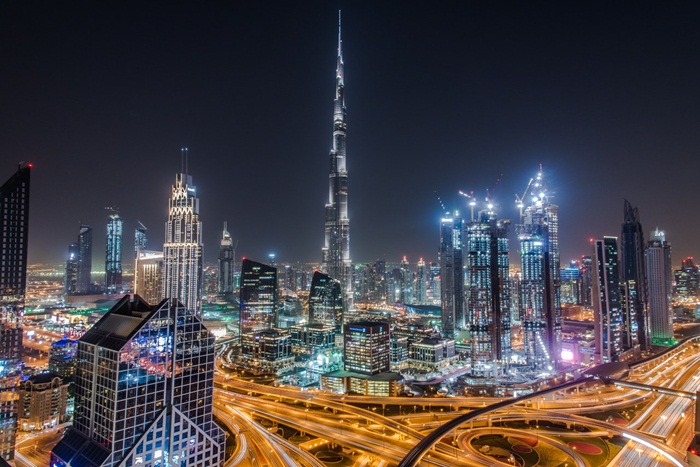 Photo by Ivan Siarbolin from Pexels

Contemporary cities to visit
Unlike cultural cities, contemporary cities are more modern. Some still retain their background culture, but they are known for their multicultural life. You're sure to find many immigrants and non-natives in contemporary cities. There is also a variety of meals from different parts of the world in modern cities.

1. New York city
New York City is one of the most critical contemporary cities in the United States and the world. Since 1524 when it was founded, New York City has grown to be one of the top contemporary cities in the world. Known for its modern architecture, museums, theaters, film festivals, Broadway, nightlife, New York City brings life and fun to tourism. Whether you are walking through the central pack or visiting the national monument, you're sure to get a great experience during your stay there. Being an epicenter during the heat of the pandemic, the city and its hospitality industry was severely hit by the pandemic. However, New York city is bouncing back. Attractions to visit in New York city include; Central Park, Statue of liberty national monument Park, Times Square, Empire state building, Brooklyn Bridge, etc.

2. Dubai, United Arab Emirates
We cannot mention top contemporary cities without mentioning Dubai in the United Arab Emirates (UAE). Dubai was a small fishing village that grew into a luxurious metropolis and one of the world's most popular travel destinations. This city is the most populous in UAE and has architectural ratings with its skyscrapers (the tallest in the world is Dubai's Burj Khalifa, an 830m tower). Dubai has an outdoor life with open-air gardens, malls, and shopping centers to explore. Places to tour when in Dubai include; Burj Khalifa, Burj Al Arab, the Dubai mall, Ski Dubai, the Aquaventure Waterpark, etc.

3. Jersey City, New Jersey
Jersey City was founded in 1630 when Pauw M. received the land now known as Jersey City as a grant with the condition of establishing a settlement of at least 50 people in four years. Since then, Jersey City has grown to be the 2nd most populous city in new jersey. There are a variety of things to do in Jersey city nj and it is known for its diverse modern culture from years of immigrants settling in the city. This city has one of the most sophisticated transport systems in the United States. There are several things to do when you travel to Jersey City. This includes; Visiting the Liberty Science center, Liberty state park, Central Railroad of New Jersey Terminal, etc.

4. Madrid, Spain
The capital city and heart of Spain, Madrid is the second-largest city in the European Union. Madrid is a sophisticated city with large relaxation parks. Known for its beautiful museums, Madrid is one of the largest centers for contemporary art in the world. Madrid's nightlife is second to none. The scenes at the nightclubs, play theaters, and shows are significant reasons you should visit this city in your lifetime. When in Madrid, do visit Museo Nacional del Prado, the famous museum for European art; Royal Palace of Madrid, El Retiro Park; Thyssen-Bornemisza Museum; Mercado de San Miguel, etc.

1. Paris, France
As far back as 259BC, history records that a Celtics tribe known as Parisii were settlers scattered around the bank of Seine in the area now known as Paris. The city was named Paris during the fourth century. Paris has gone through changes from phases of development, but this beautiful city maintains its cultural heritage. Paris is the capital of France and the world's center for art, fashion, film festivals, and shopping. The most romantic city in the world upholds the European culture with ancient landscapes and buildings. Some of these buildings include the Eiffel Tower, Gothic Notre-Dame cathedral, and The Louvre museum. Other tourist attractions in Paris are Disneyland in Paris, Arc de Triomphe, Musée d'Orsay, etc.

2. London, England
London, originally called Londinium, was founded in AD 47 by some Romans. London is the capital and the largest city in England. London combines ancient history with modern culture to make it the heritage for architecture, delicious cuisines, and performing arts. Major tourist attractions in London are; Buckingham Palace, Trafalgar Square, Tower of London, British Museum, Tower Bridge, and Palace of Westminster.

3. Chiang Mai, Thailand
Thailand is a country in the southeastern part of Asia, known for its famous beaches and elegant royal palaces. However, Chiang Mai takes culture to another level. There are over 100 grand Buddha temples and museums that are beautiful to behold. Chiang Mai is also known for its tasty meals and cooking classes for tourists. Some of the top tourist attractions in Chiang Mai are Wat Phra Singh Woramahawihan, Wat Chiang Man, Chiang Mai Night Bazaar, etc.

4. Istanbul, Turkey
This major city has a strategic location between Europe and Asia, and it combines the culture of both continents. Istanbul brings old-world charm to life with its medieval ruins, antiquity, and historical museum. The food in Istanbul is one major activity to check off your list when visiting Istanbul. Tourist attractions in Istanbul include; Hagia Sophia, The Blue Mosque, the Galata Tower, Dolmabahçe Palace, etc.

Visit these cities for a fulfilling and exciting travel experience. Travel and explore until your heart is full and your bucket list is empty.