Crete’s Minoan Theater experience is a must

The Minoan Theater cultural events center on Crete delivers a surreal ritual celebration like no other.

On a clear day in about 5,500 years ago, a Minoan noble whose name has long since been forgotten stood on a butte overlooking a vast fertile valley in what is now Heraklion Prefecture. The chieftain's people had flourished in the area for decades, so prosperous that past leaders had laid the foundations to the large town on the mountain route from Knossos to Inato in the far south. The place, like most of the land the Egyptians called Keftiu, was possessed of incomparable beauty and bounty.

Visitors today can still glimpse the shimmery mirage of what might have been Eden in Samaria Gorge, staring out over the island at Mochlos, or at lost Apollonia in Agia Pelagia. The majesty that was Knossos or Malia, the vast maritime empire that some say reached England’s shores, and the echoing stories of the timeless heroes like Hercules, Odysseus, Jason and more fill the caves and gorges and ride on the wind above Mt. Psiloritis. Even so, so far nothing tangible connects today’s world with this lost one. That was until a lady named Anna Bastakis began recreating a vision she’d had since her childhood living in a tiny village close by Knossos. She, along with her husband Evangelos Grammatikakis and their family, have meticulously recreated a picture window into the heart of the Minoan Civilization. 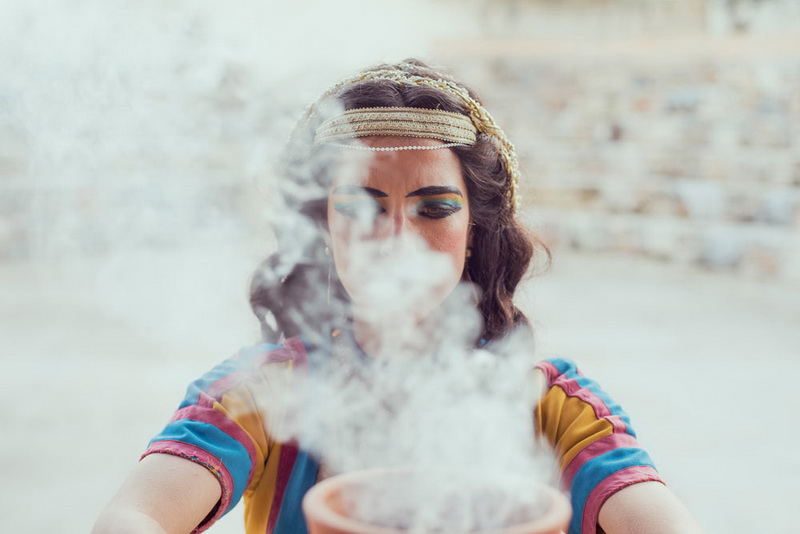 The Minoan Theater is a one-of-a-kind amphitheater built using uncut stones transported from Mt. Juktus, where once King Minos is said to have led a procession from Knossos for ritual worship. We learned of the significance of these stones during our recent visit to share an evening at the theater. Anna’s husband Evangelos described for us the painstaking effort made to transport the stone, and the unique construction of the amphitheater. For those unfamiliar, Mount Juktas is the site of one of the most important peak sanctuaries in the Minoan world, a magnificent place overlooking the picturesque village of Archanes.

According to Anna Bastakis’ vision, the entire construct had to be undertaken so that the sacred stones preserved their spiritual energy. This meant no stone mason’s mark could be etched on the Juktus material. And judging from the resultant Minoan Spring ritual reenactments played out by the theater’s talented and acrobatic actors, the Zen of Knossos lives on at the grounds shared by the Cretan Riding Academy and the family’s Ippikos Omilos event venue. Here, the importance of the area around Karteros, Crete comes into play interestingly. Not many people realize that this is where the ancient town of Amnisos was discovered by archaeologists, and where countless myths and legends emanate. Nearby, is the mysterious Cave of Eileithyia, where legend says the goddess of childbirth was born to the queen of the gods, Hera. Offshore here, legend has it that Crete’s most powerful city was sunk to the bottom of the sea when King Kourkoumelis defied the gods. Homer wrote of great Odysseus anchoring at the Minoan port here, and where Idomeneus sailed to Troy with 90 ships. So, Karteros certainly possesses enough ancient magnetism to help convey the Minoan Theater’s message. 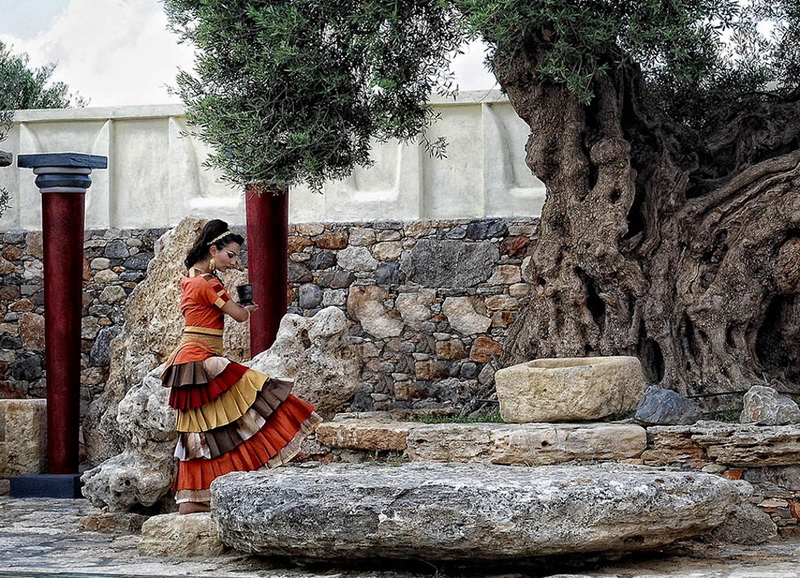 The venue is the perfect backdrop, with the perfect energy, for visitors to take part in an amazing cultural and spiritual experience. In order to fully understand Anna Bastakis’ passion and her mission, it’s important to know her grandfather and her father participated in the archaeological digs at Knossos as laborers. I have not asked Anna, but I am sure the smell of the earth surrounding those finders of priceless antiquity was permanently imprinted on feelings of all those involved. In short, Knossos and all that is linked to it is part of her legacy - and even more so now.

The Minoan Theater production, the gastronomy event linked to it, and the traditional Cretan celebration that connects guests with what it means to be Cretan, they’re an experience like no other single event on Crete. Visitors in their seats in the flawless amphitheater are transported to the vitality and solemnness of a Minoan Spring ritual where Knossos Palace frescoes come to life, where a high priestess and her nymphs celebrate the eternal, and where young male athletes fight mock battles before reenacting the famous “Bull Leaping” sporting ritual. Everything from the music to the colorful Minoan costumes has been meticulously researched and presented in one of the most ethereal productions we’ve ever witnessed. Sitting in the theater, many in the audience expressed an overwhelming sense of déjà vu or having already been witness to the spectacle.

The performance itself begins in a solemn procession which recreates a tribute to the mother goddess Phaedra, who was the daughter of King Minos. Minoan men and women dance to honor the goddess and to celebrate the equality of the feminine and masculine the ancient civilization was know for. The ritual proceeds with mock pugilistic games and culminates with the audience reenacting the legendary quest of Theseus and the slaying of the Minotaur. Next, the actors lead the audience to the open Minoan kitchen and a wonderful entertainment venue for the gastronomy and live entertainment part of the experience.

The open Minoan kitchen Anna Bastakis created for her guests’ experiential journey is no less a work of art than her amphitheater. A museum and kitchen where amazing Minoan food technology leads to gastronomic delight for partakers. I was really impressed when Anna showed me working replicas of Minoan cooking ceramics, examples of which I’d seen many times in the Heraklion Archaeological Museum. Every guest will observe, these mysterious people were not just road and plumbing engineers. Those who claim their civilization was, in fact, Atlantis, cannot be far from wrong. Dinner at the Minoan Theater experience is amazing for the educational and the sensory facets. A concert of traditional Cretan music, dancing, and this culinary journey round out an amazing new attraction on Greece’s biggest island.

Beyond the time capsule that is the Heraklion Archaeological Museum, outside the grounds of Knossos, Malia, and Phaestos palaces, there is a deeper connection between the ancient past and today. That is, for those willing to find the true spirit of Minoan Crete. The spirit of the people who astounded the nations of the Bronze Age, it lives on here. And a lady and her husband in Karteros are trying to bring it forth for sharing in their Minoan Theater and cultural center. Visitors to Crete ask us all the time, “What should we visit first in Heraklion?” Now I must list The Minoan Theater at Karteros right after the paired Knossos-Heraklion Archaeological Museum and other top-10 places in Crete’s capital.

Tags:
Minoan Theater
About the author