Five things every tourist needs to do to enjoy France to the fullest | TravelDailyNews International
New Articles
Recreation & Sport
RCS Sport entrusts AIM Group with the management of hotel hospitality for the Giro d'Italia and the other 2023-24 cycling races in Italy
Featured Articles
Reasons behind why music is played in online slots
Hotels & Lodging
Floating on Cloud Nine: Emma Sleep GmbH transforms ferris wheel carriage into a bedroom
Special Interest Travel
Rahmania Mall to bring community members together for UAE’s 51st National Day celebrations
Featured Articles
The ultimate guide you need to metaverse
Meetings & Events
The World’s Best Tourism Films of the year awarded in Valencia
Statistics & Trends
31% of US premium travelers entrust flight booking to travel advisors
Special Features
7 meeting and event trends venues need to know for 2023
Ground Transportation
Get-e sets its sight on vast international growth
Business Travel
Way2VAT: Strong Q3 FY22 operating performance leads to annualised gross transaction volume run rate of $19.47m for FY22
Statistics & Trends
Global traveller survey reveals international travel is back
Featured Articles
How to experience Canadian culture while traveling
World Tourism Organization
Education and investments are cornerstones to transform tourism: UNWTO Executive Council meets in Marakesh
Statistics & Trends
Air traffic management market to reach $17.7bn., globally, by 2031 at 7.5% CAGR
Featured Articles
Prepare your car for a road trip
World Tourism Organization
United Nations World Tourism Organization welcomes 18 new Affiliate Members
Sustainable Tourism
The Sustainable Hospitality Alliance and UK Green Building Council form co-operation
Reports
New gender equality report by IBTM highlights that MICE industry is still 'dominated by women but run by men’
Hotels & Lodging
The Ritz-Carlton, Amman debuts its latest collaboration with SEP Jordan
New Appointments
FESTIVE ROAD announces three new roaders across its business
Hotels & Lodging
Beonprice becomes ‘BEONx’ alongside a new visual identity as it celebrates 10 years
Headlines:
Reasons behind why music is played in online slots
The ultimate guide you need to metaverse
7 meeting and event trends venues need to know for 2023
How to experience Canadian culture while traveling
Prepare your car for a road trip
ParkVia launch airport lounge and fast track bookings service
What is a systematic review and how to prepare it
Essential communication techniques that help you make friends offline or online with Livebeam
How to find the best SEO company for the growth your business
How has the COVID-19 pandemic affected international travel
Travel and tourism activities for students
Migrationcentr.com: is it real to obtain Slovenian passport within a year
How to make a living while taveling
Can cannabis help your well-being
How to buy a house in Hawaii: Step-by-step guide
NEWS AROUND THE WORLD

France is known for its food and that’s a great place to start your journey of the country.

Thinking of visiting one of the most toured countries in the world? Then France is just the place for you. According to statistics, in 2018 France welcomed almost 90 million tourists and it is projected that this number will hit the 100 million mark in 2020. It’s no surprise why millions of people flock to France every year.

France is oozing with a rich history, culture, and art. As you tour through its cities almost every corner will make your jaw drop. It has everything to leave you dreamy for days.

So if you’ve got traveling to France on your 2020 bucket list then here are 5 things you must do to enjoy your trip to France to the fullest. 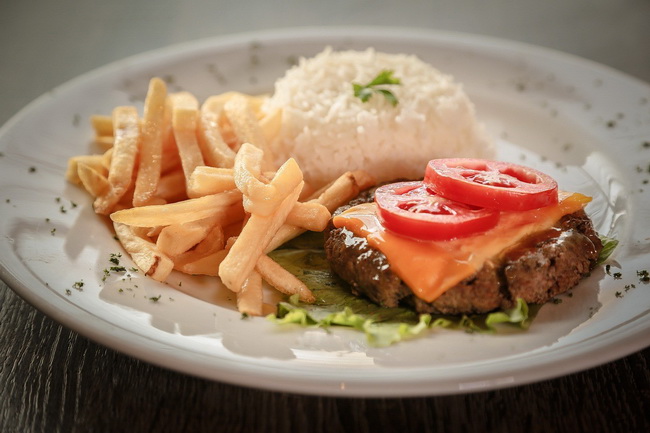 France is known for its food and that’s a great place to start your journey of the country. Where best to get exquisite food in France than the city that was awarded the highest honor in gastronomy! With 20 Michelin stars under its belt Lyon is the place where you can get the best of French cuisine.

There’s quite a long list of French food to sink your teeth into like the Marget de canard, croque monsieur, and the Bouillabaisse. But make sure that while you’re at it, you don’t miss out on French wine, cheese and, of course, their pastries.

2. Take a tour of the museums 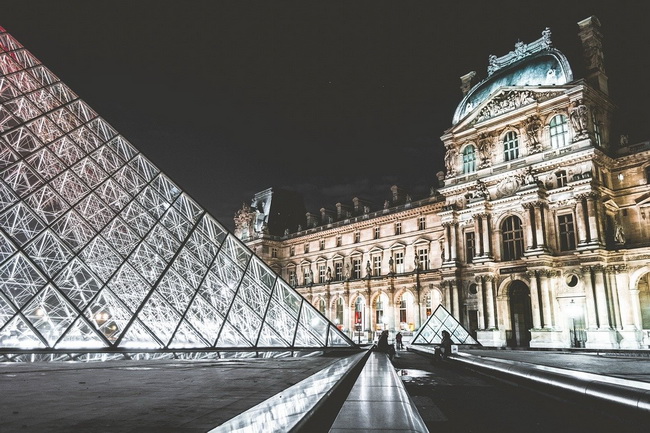 Image by Free-Photos from Pixabay

Louvre is the biggest museum in Paris. It’s home to 35,000 works of art and it’ll take about 64 days to see them all. At the Louvre you’ll get to see the famous Mona Lisa painted by Leonardo da Vinci amongst others.

Another museum to stop by is Orsay Museum. The Orsay is home to the masterpieces of Renoir and Van Gogh and a host of over 2,500 paintings and sculptures.

If hopping from one museum to the next is the only reason you came to France, then the city of Paris has more than enough to satisfy your cravings for art. In fact, Paris alone has 130 museums for you to choose from.

3. Admire the famous monuments and gardens 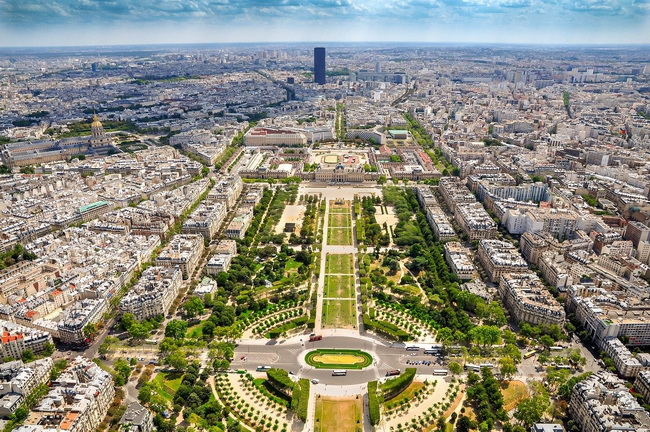 Image by DUOTONE_ from Pixabay

You can’t say you traveled to France without making a stop to see France’s popular monuments and gardens. One of the most popular is the Eiffel Tower. You can even picnic on the Champ de Mars, the lush park below the tower, to enjoy its enchanting view.

Check out the gigantic castles that look like they came alive from a fairy-tale. For example, castles like the Château de Versailles grants you a glimpse into the past to see the world of the royals and nobles of France.

The Château de Vaux-le-Vicomte opens its doors to visitors to tour through the castle’s intricate interior and its candlelit gardens making the place extremely magical.

If you happen to travel to France in between the months of June and August, you’ll get to see miles and miles purple in the lavender fields of the countryside in the region of Provence.

The Notre-Dame Cathedral is another showstopper. Its Gothic architecture carries so much mystery. Just looking at it from a distance you can tell that a lot of work went into its construction. In fact, it took about 100 years to be built.

4. Marvel at their rivers and coastlines 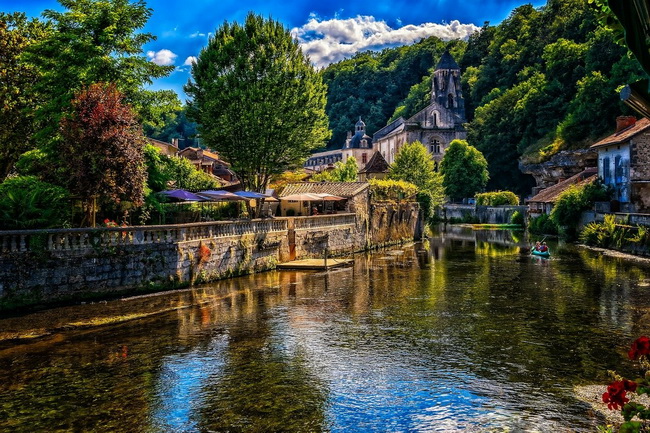 Image by Peter H from Pixabay

You don’t always hear of France’s beautiful waters. If you’re in Paris, you can take a cruise on the Seine River. This River gives you a magnificent view of the notable landmarks of Paris, like the Orsay Museum, and of course, the Notre-Dame Cathedral. Some cruise tours allow you to have brunch, lunch or dinner while you savor the best of Paris from the water.

Found yourself on the French coastline? Then you’ll love the French Riviera. The region of Nice is one of the most popular resorts in France. Nice is located in the midst of the Alps and the Mediterranean making it a great place to be all year round.

5. Go underground to see the catacombs 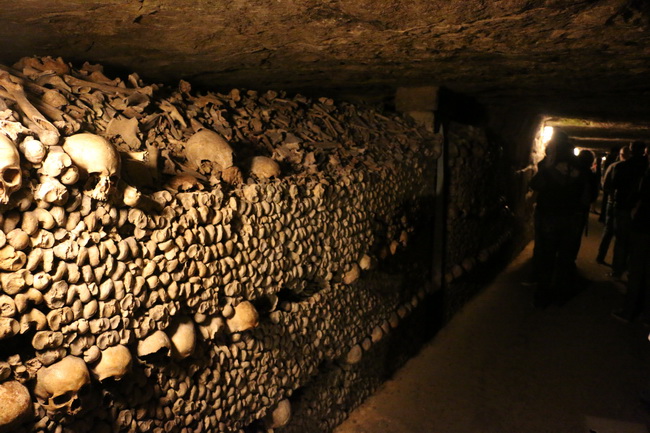 If you’ve been impressed so far with how France is on the surface, then it’s time to go below the ground. Hidden in the depths of the beautiful city of Paris are tunnels that stretch for miles. This network of tunnels, also known as catacombs, were used as underground cemeteries. These cemeteries show a completely different side to France and its history.

While you tour the Paris catacombs you’ll be amazed at the winding corridors which connect to different underground areas. Just like it is on the surface of Paris, the underground is covered with fine artwork and architecture.

And the list goes on…
There’s so much to see, do, eat and drink in France that the list is practically endless. So far, I’m sure you can tell that France is definitely not a place you’ll come to once. In fact, the more you visit France, the more of its splendor you’ll see.

However, if you do all the 5 you’ve read in this article, you’ll be able to get a nice all-round experience of France and create room for more.