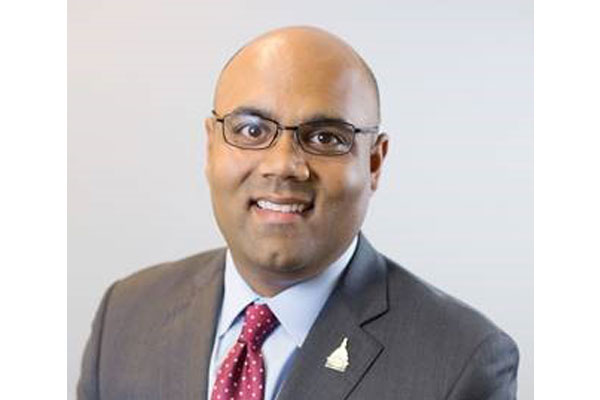 In this role, Shah will lead AHLA’s federal relations team, developing and executing advocacy strategy on Capitol Hill and with the new Biden Administration. He joins AHLA at a critical time for the hotel industry, as it struggles to regain its footing on the heels of the historic COVID-19 pandemic, which has ravaged the travel sector.

“Chirag is well-known and widely respected by both Democrats and Republicans and on both sides of the Capitol, having worked on advocacy issues for the hotel industry for nearly a decade,” said Brian Crawford, executive vice president of government affairs at AHLA. “I have worked alongside Chirag for a long time and couldn’t be more excited to have him join the AHLA team. Throughout the pandemic, we’ve worked together to ensure our industry has access to increased liquidity and debt forbearance for the hotel sector, that employees have jobs to return to once travel demand returns and businesses are protected from undue liability concerns. I know he’ll hit the ground running.”

Shah comes to AHLA from the Asian American Hotel Owners Association (AAHOA), where he served as vice president of government affairs and counsel. During his tenure, AAHOA garnered support for critical small business issues including tax reform, workforce relations, U.S. Small Business Administration lending and economic stimulus in response to the COVID-19 crisis. Chirag led AAHOA’s political strategy, growing its PAC from $250,000 to more than $1 million. Prior to joining AAHOA, Chirag served as a deputy director and legal advisor at the Republican National Committee, the campaign manager for Wisconsin Attorney General J.B. Van Hollen, and in multiple roles for U.S. Rep. Joe Wilson (R-S.C.-02) .

In addition, AHLA named Laisha Dismuke as vice president of Human Resources. In her new role, Laisha will be responsible for overseeing the critical HR function, including developing and implementing a strategic approach to talent acquisition and retention, managing the internal operations, and working with the AHLA HR Committee and the AHLA Foundation Diversity, Equity and Inclusion (DE&I) Task Force to provide guidance and ensure alignment with both organizations. Prior to joining AHLA, Laisha served as Cultural Consultant at Female Quotient, working with the leadership team to activate internal DE&I solutions for change and creating metrics for accountability. Previously, she worked with CropLife America for more than a decade and served as the strategic HR advisor and cultural resource for all initiatives and directives related to staff at the association.

Finally, AHLA is rounding out its state and local ground team with the addition of Sharon Sykes as director of state and local government affairs, covering the Mid-Atlantic and Midwest regions. Specifically, Sharon will work closely with AHLA state lodging association members in the following states to further elevate the industry’s advocacy effectiveness: Delaware, the District of Columbia, Illinois, Indiana, Kentucky, Maryland, Michigan, Ohio, West Virginia, Wisconsin and Virginia. Additionally, she will play a pivotal role in expanding AHLA’s state and local grassroots apparatus. Sharon comes to AHLA from the National Federation of Independent Business (NFIB) after managing advocacy campaigns throughout the Mid-Atlantic region.

Vaccinated Britons could spend more than £725m. if travel to Cyprus is granted in 2021