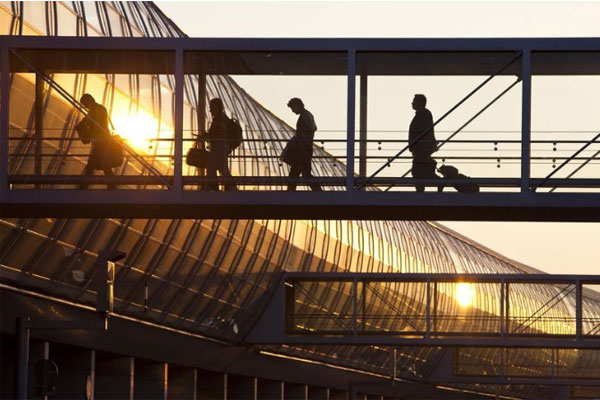 Olivier Jankovec, Director General of ACI Europe describes a market “polarised by externalities” as holiday traffic bounces back whilst war takes its toll.

When compared to pre-pandemic (August 2019) levels, passenger traffic in August stood at -12%, a further improvement on the previous months (July at -14.4% and June at -17.3%) and the best monthly performance since the start of the pandemic.

EU+ market on the lead and war impact visible
The EU+ market1 kept driving the recovery, with passenger traffic at airports in the bloc increasing by +64% in August compared to the same month last year. The best performances came from airports in the UK (+178%), Finland (+175%) and Ireland (+147%), reflecting the fact that Governments in these countries had been slower to ease travel restrictions last year.

Overall, the EU+ market stood at -14% in August compared to pre-pandemic (August 2019) volumes.

At airports in the rest of Europe2, passenger traffic only increased by +7% when compared to the same month last year. This mostly reflected the effects of the war – with the loss of all commercial air traffic for Ukrainian airports, declining passenger volumes airports in Belarus (-16.6%) and Russia (-17.2%) as well as flat results for those in Moldova (-0.3%).

When compared to pre-pandemic (August 2019) levels, passenger traffic in the rest of Europe stood at -16%. Airports in Albania (+60.3%), Bosnia-Herzegovina (+31.2%), Kosovo (+22.7%) and Armenia (+21.4%) far exceeded their pre-pandemic volumes, while those in the major market of Turkey (-4.5%) came close to a full recovery. At the other end of the spectrum, airports in Belarus (-60.6%) and Moldova (-20.4%) registered steep declines, with those in Russia (+5.7%) still managing to remain above their pre-pandemic volumes as passenger traffic shifted to domestic and non-EU+ routes.

Recovery patterns shaping airport performance
Passenger traffic at the Majors (top 5 European airports) grew by +68.1% in August compared to the same month last year, but remained -17.5% below pre-pandemic (August 2019) levels – mainly due to continued travel restrictions in parts of Asia.

The performance of selected other large airports in August reflected a Summer recovery still mainly driven by intra-European and transatlantic routes, and dominated by leisure demand:

Meanwhile, the fact that regional and smaller airports3 also came close to a full passenger traffic recovery (-4.7% for airports with less than 10 million passengers per annum when compared to August 2019) also reflected the same dynamics – along with the significant capacity expansion from Ultra-Low Cost Carriers.

Said Olivier Jankovec, Director General of ACI Europe, “August’s snapshot shows us how polarised the situation is becoming for Europe’s airports as they are dominated by externalities. On the one hand, the public appetite to travel is undimmed – as the holiday surge shows. On the other hand we have the reality of war. The simple fact of geography is going to have a heavy hand in our members’ fortunes for some time to come it seems”.

Aircraft movements
Aircraft movements increased by +27% across the European airport network compared to the same month last year, with airports in the EU+ markets at +34% and those in the rest of Europe at -2%.

Sergio Collela, SITA Europe: How do airlines adapt in a changing world?