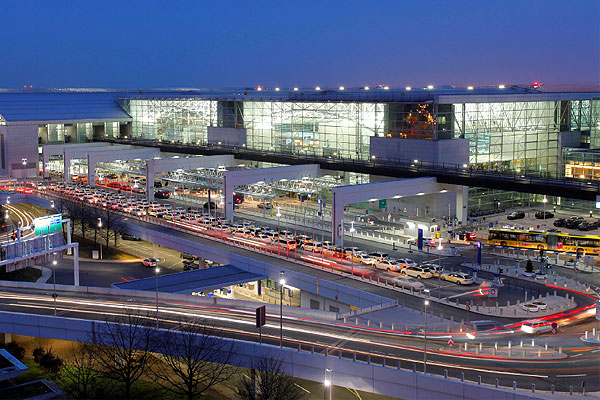 While the strategic role of airports for the European economy was part of the conversation, the assembled crowd also looked at current and future challenges to airport investment. Reflecting the Commission’s priority to leverage private funding opportunities and create the right environment for long-term infrastructure investments, industry stakeholders stressed the need to improve the regulatory framework. This kind of improvement is a prerequisite for continued sustainable investment in Europe’s airports – in line with the new EU Aviation Strategy.

Europe VS the Rest of the World
Prominent developing nations have integrated air connectivity into their economic development strategies – with public funding of airports an established cornerstone of this. Here in Europe, airports are equally crucial for the economy – given our continent’s increasing dependence on external trade and the need to tap into new and future growth markets. But tighter Government budgets and more restrictive EU State aid rules mean Europe’s large and medium sized airports are no longer supported by public funding. Hence, accessing private capital & enabling corporate financing – and recovering the costs from those that use their facilities – is the only way that our airports can continue to develop and support their surrounding economies.

Augustin de Romanet, President of ACI Europe and President & CEO of Groupe ADP commented “Whether we like it or not, governments in Europe are neither interested nor able to invest in large airport infrastructure these days. They expect us to do the job ourselves or by leveraging private investment. This means that Europe’s airports have become businesses in their own right. Nearly half of the airports in the EU now have private shareholders, up from just 23%1 back in 2010.”

He added “This business transformation has allowed large and medium sized airports to keep investing in modernising and developing their facilities, boosting airport capacity, quality and connectivity. All this without weighting on national budgets – and ultimately taxpayers.”

A New Focus for Airport Regulation: Harness Corporate & Private Investment
The track record of the largest 21 EU & EFTA airports clearly demonstrates that they have risen to this challenge. More than 53 billion euros were invested by these airports back in their facilities over the last decade – delivering significant improvements in capacity, service quality, air connectivity and environmental sustainability.2

Looking ahead, continued traffic growth and ongoing modernisation will require even greater levels of airport investment.

Demand for air transport in Europe is expected to keep growing – with ACI forecasting passenger traffic at Europe’s airports to increase from 1.93 billion passengers in 2015 to 4.78 billion by 2040. Alongside capacity expansion, modernisation & regulatory costs are also set to drive airport investment – in particular in the field of security. As a prime example, the new security standard for hold baggage which EU & EFTA airports will have to comply with by 2022 will alone incur compliance costs in excess of 10 billion euros.

de Romanet concluded “If Europe’s airports are to achieve the objectives set by the EU Aviation Strategy in terms of capacity, connectivity and quality, there is little doubt that they will need to further harness corporate & private investment to keep developing and modernising their facilities.  This is where the Commission’s agenda to mobilise private investment in infrastructure is so important. This agenda needs to encompass the evaluation of the current Airport Charges Directive, which has just begun. The regulation of airport charges must evolve from being systematically focused on reducing airline costs – to instead ensuring that passengers benefit from sufficient levels of timely & efficient airport investment. This also means coming to terms with the reality and implications of airport competition – and ensuring policy alignment. We can no longer accept a situation where airport competition drives tight State aid rules, but where it is all but ignored when regulating airport charges”.

1 The Ownership of Europe's Airports 2016, ACI Europe, March 2016. This figure takes into the privatisation of Nice & Lyon airports subsequent to the publication of the Ownership Report.

2 Over the past 10 years, the top 21 EU & EFTA airports invested more than €53 billion back into their facilities. This investment delivered capacity for an extra 178 million passengers to pass through these airports each year– the equivalent of adding an extra London-Heathrow, Paris-Charles de Gaulle and Paris-Orly to the European aviation network. This additional capacity allowed these airports to increase their total connectivity by +51.6%, while it also resulted in a +12.4% boost to passenger satisfaction. See ‘Leveraging Airport Investment to Drive the EU's Aviation Strategy’, ACI Europe, June 2016.

Making the aviation safety agency fit for the future