Newsletter
HomeColumnsFeatured ArticlesTraveling to Morocco: All the most interesting and important things to know
Featured articles

Traveling to Morocco: All the most interesting and important things to know 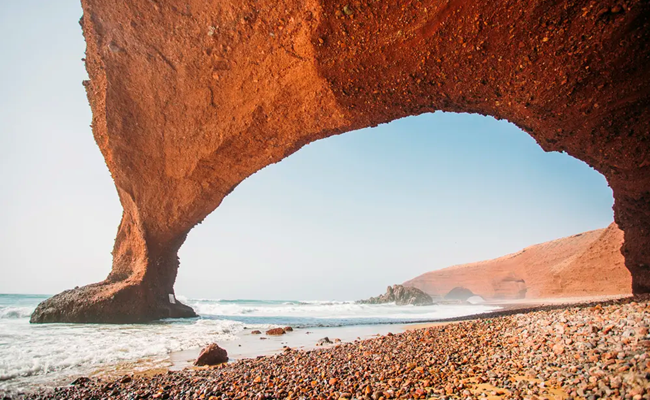 Group trips to Morocco are also very popular, this is a special atmosphere everyone should try.

Morocco is one of the most mysterious and colorful African countries. Its Atlas Mountains are like the planet Mars, and the blue and white city of Essaouira is like the setting for a pirate movie. The ancient Medina of Marrakech takes tourists back several centuries, and the modern resort of Agadir can easily be compared to the Mediterranean Riviera. Recently group trips to Morocco are also very popular, this is a special atmosphere everyone should try.

Tickets to Morocco
Morocco and Spain are separated by a 14 km strait, and the ticket prices between these countries start at $15. All you have to do is find tickets to Spain and get a Schengen visa.

Location and climate
The Kingdom of Morocco is located in the north of the African continent and is one of the oldest countries. On an area of 466.5 thousand square kilometers live approximately 32 million people. The capital is the city of Rabat. The northern part of Morocco is washed by the Mediterranean Sea and the western part by the Atlantic Ocean. From 1912 to 1956 the state was a French colony, so until now, many residents speak French, and in restaurants serve French cuisine.

About vacations in Morocco
Morocco will appeal to both "package tourists" and travelers who prefer excursions and outdoor activities. Recreation in the resort towns on the Mediterranean Sea or the Atlantic Ocean will be as comfortable as in European countries

There are large hotel complexes, restaurants, markets, thalassotherapy centers, casinos, hammams and water sports. Life in such towns is absolutely safe for tourists: the local police are not only attentive, but also always happy to help and provide useful information about their country. And also in Morocco excellent roads, including toll roads. So the best way to see the most interesting places is to rent a car.

For a beach vacation on the Atlantic coast should go to Agadir. This is a modern resort, which has a lot of Europeans and wealthy Moroccans. There are a huge number of hotels of different categories, a wide sandy beach of 6 km long and a beautiful promenade with restaurants, bars, clubs and casinos. There are surf centers in the area around Agadir. By the way, fans of riding on the waves will also like the city of Essaouira.

A quieter resort, also located on the Atlantic Ocean, is El Jadida. It is notable for its wide sandy beach and the ancient Citadel, construction of which began in the 16th century. Picturesque lagoons and deserted beaches in the resort town of Oualidia. The ocean here is very calm, so you can safely come to Hualidia with children. And in the vicinity of the resort is an oyster farm.

Advantages of a holiday in Morocco
A trip to Morocco will be an unforgettable adventure! Each city is new colors, scents, landscapes, architecture … This country is like a mysterious labyrinth in which it is difficult to even imagine what will be behind the turn. Morocco will satisfy the need for a luxurious beach holiday and provide an extensive program of excursions. Gourmets, shoppers and connoisseurs of antiquities will love it here.

The rest of Morocco left only a positive impression, be sure to adhere to the rules of conduct in Muslim countries. And do not plan a beach holiday just after the end of the month of Ramadan, when the streets and beaches come out in huge crowds of locals.

Four things to know before you visit Brisbane

Using your iPhone abroad is much easier now