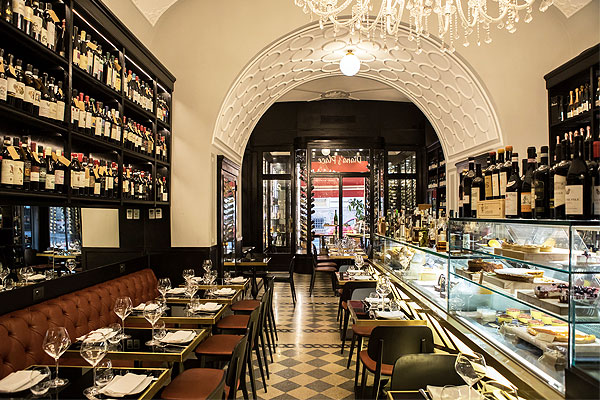 ROME – An important day in particular for Italian tourism, but not only for the Incoming tourism sector – the merge between the companies RSI – Italy Boutique Journey – DMC, Italy Hotels Collection – Hotel Consulting & Revenue management, MAG Hotels – 4 Star Boutique Hotels in the city centre of Rome, Diana’s Place – A chain of gourmet Bistros each with their own particularly extensive wine cellars.

Each company was founded and directed by Andrea Girolami, and today becomes known as The AG Group Brand, the founder's initials. Completing the equation and no less prestigious is the novice collection of Luxury Retreats for the elderly.

Each brand has contributed and brought to life the first Tourist Group in Italy capable of providing all aspects of their very own in-house services. DMC, Tour Operator & Event Management, Hotel Consulting,  Boutique Hotels, Restaurants and Retirement homes.

AG Group, whose significant claim is Your gateway to Italy, is from today on-line with the portal www.aggroupitaly.it , thus rebranding all the above business units.

The History behind the story
Andrea Girolami is an entrepreneur with over twenty years of experience in the tourism and hospitality sector. He graduated in Economics from ‘La Sapienza’ University in Rome and began his career right away. From 1994 up until the year 2000, he worked for several renowned Business Consulting Companies. At the same time he was also active in some worldwide academic issues relating to responding to the formulization and implementation of strategic choices within businesses.

The entrepreneurial turnaround came in the year 2000, when he started RSI as a Tour operator.  In a very short time it became successful succeeded in establishing itself among some of the most dynamic realities of Incoming Services within Italy.  RSI became fivefold in ten years, and grew to five separate divisions to characterize the macro-areas of intervention for the Tour Operator (Group Travel, FIT Travel, Corporate and Events, Luxury Travel & Weddings).

The success of the RSI Group pushed Girolami to launch an initiative to promote diversification of his business. Thus he entered the hotel industry in 2011 with the purchase of a first property, which from the following year became the first 4 star property. The ambitious development plan did not stop there and continued to grow with other members and the opening of 16 hotels.  Growth in hospitality continues to thrive with the imminent inauguration of a luxury hotel in Florence – by the end of the year 2019 and then a follow up with Venice and Milan.

The opening of Italy Hotels Collection, a management and consultancy company, dates back to the year 2015 for Hotel and Revenue Management. Currently this line has over thirty structures and has the goal tok expanding its portfolio further and to reach 100 properties within the next two years. But that is not all. The passion for champagne, good wine and gastronomy pushed Andrea Girolami to open the first Diana's Place Bistro, gourmet cuisine in Rome, in 2017, refined and informal environments, followed by similar initiatives in other cities.

Born from this remarkable entrepreneurial background, AG Group employs 250 people, it is in constant growth and from today it is proposed to the world public as a key of privileged access – in view of the one-stop-shop – to Italy and its treasures.