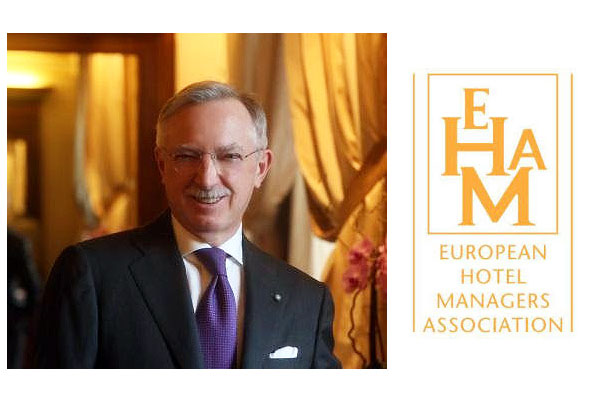 Ezio A. Indiani, President of the largest and most relevant luxury hotel managers association in Europe, together with EHMA National Delegates writes directly to Prime Ministers and EU’s top positions in an appeal to save tourism.

EHMA President felt the irrepressible urge to appeal for help to Governments and Institutions in the face of the present disruptive crisis due to COVID-19 outbreak that has brought to its knee the tourism industry, a sector that generates more than 13% of GDP (direct and indirect), 6% of employment and 30% of external trade in the EU. A letter has been sent to the Presidents of the European Commission and of the European Parliament as well as to all Prime Ministers and Tourism Ministers through the National Delegates of the European Hotel Managers Association.

“We have appealed to Governments and Institutions to consider the tourism and hotel industry an absolute priority and to take aggressive and coordinated policy actions at local, national and international level to minimize job losses and business closures in the immediate and long term”, explains Ezio A. Indiani, EHMA President and General Manager of the Hotel Principe di Savoia in Milan. “We have appealed for financial and taxation support in order to protect employment in all its forms, including seasonal and temporary positions, and prevent irreparable damage, thus providing the possibility to gradually re-open hotels once the pandemic emergency will be under control”.

“It will be a very slow recovery and the hospitality industry urgently needs available assets, compensation of the reduction of revenues, elimination of additional loan costs and their renegotiation terms, rental costs waive and payment postponement, relief of taxes and payment postponements, funds for the employees’ psychological support and training," continues Indiani. “Moreover, a relevant allocation of funds for the promotion of tourism and support to transportation in order to facilitate travel among countries. There have been several crises in the past, but never so severe”.

Never before in its 46 years of history since its establishment in Rome in 1974, has EHMA – European Hotels Managers Association – felt the need to appeal for institutional support.

The Association currently has 421 members in 27 European countries, corresponding to a market share of approx. 10% Europe of premium travel.

Ryanair announces over 250 jobs lost at its Dublin, Stansted, Madrid and Wroclaw offices