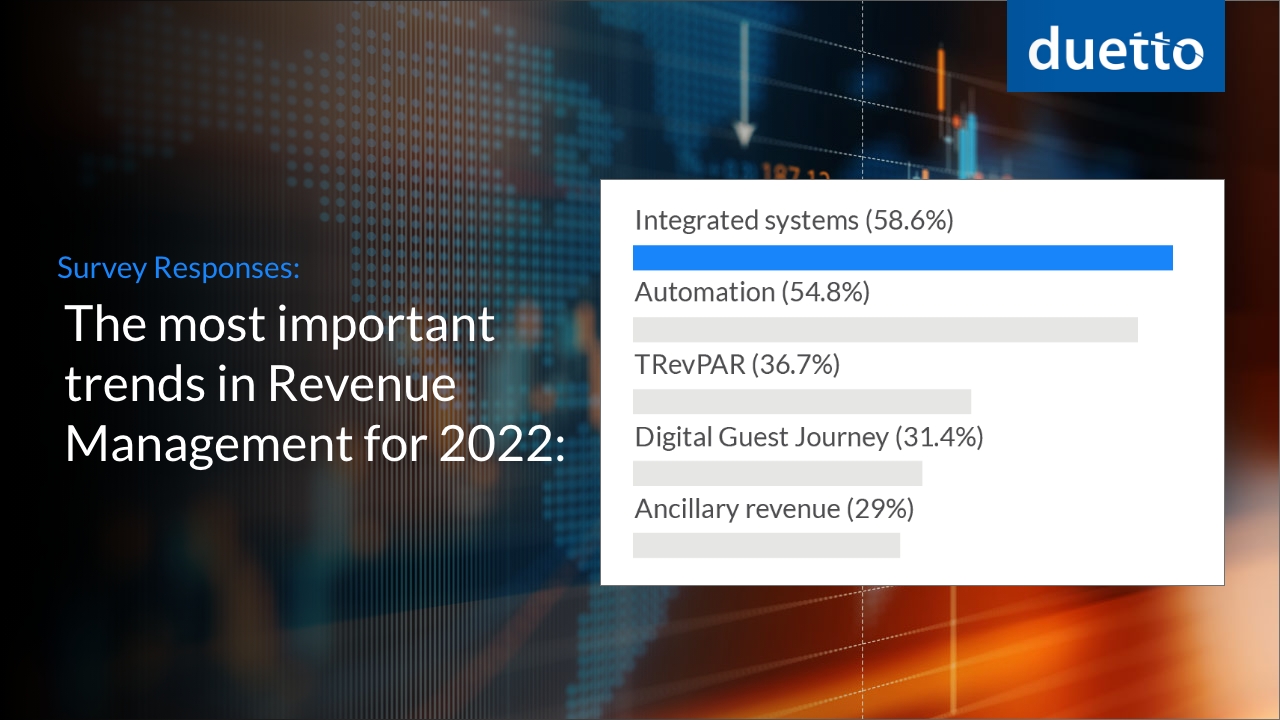 The latest survey from Duetto reveals nearly 78% of hoteliers will increase their investment in hotel tech in the next three years.

SAN FRANSISCO – The digitization of the hospitality industry has been underway for decades, but the past two years have accelerated tech adoption in hotels across the globe.

The overwhelming response was that automation and integration are seen as key to future success by the majority of those working in a hotel revenue function. In fact, 77.6% of respondents expect to increase their hotel tech investment in the next three years.

“Tech adoption in hotels has been increasingly accelerating as hotels seek greater efficiencies in both front and back of the house,” said David Woolenberg, CEO, Duetto. “It’s promising to see that more industry leaders are focusing on tech adoption, tech upgrades, and creating an integrated tech stack.”

Most respondents (67.6%) currently use a revenue management system (RMS), such as Duetto. Of the remaining 32.4%, 50% sought to invest in revenue technology in 2022, with a further 23.4% looking to invest in the next two years.

When asked to identify the most important trends in Revenue Management for 2022, technology came out on top, with 58.6% of respondents citing integrated systems as most important, followed by 54.8% naming automation as critical.

55.2% of Revenue Managers surveyed also reported they’ve increased their focus on strategic revenue management as automation has helped reduce manual tasks such as data entry, reporting, and other time-consuming efforts.

Should you be using technology when you travel?