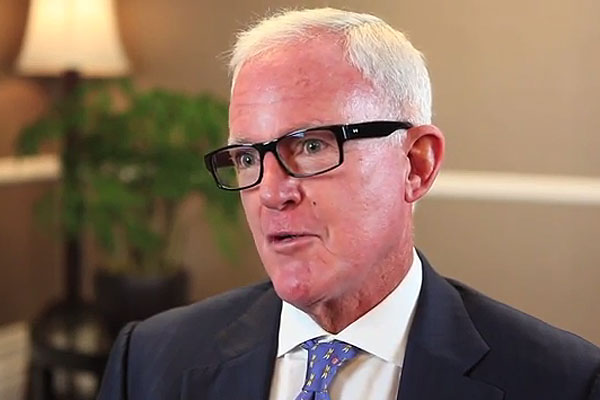 LAS VEGAS – MGM Resorts International nnounced it has appointed John B. Kilroy, Jr. to the company's Board of Directors, which is now comprised of 12 members.

Mr. Kilroy is the Chairman, President and CEO of Kilroy Realty Corporation, one of the largest, vertically integrated REITs on the West Coast, whose portfolio spans some of the strongest, most desirable markets in the U.S. Widely recognized as an industry leader and innovator, Mr. Kilroy serves on the Advisory Board of Governors for the National Association of Real Estate Investment Trusts, or NAREIT, and the Policy Advisory Board for the Fisher Center for Real Estate and Urban Economics at the University of California, Berkeley.

"Mr. Kilroy's substantial experience encompasses commercial real estate development, acquisitions, construction, leasing, and financing. His distinguished knowledge of real estate, strong business acumen, public company experience and proven track record toward creating shareholder value by creating environments that attract innovators in technology and media, will bring a unique and complementary perspective to our Company and our shareholders," said Jim Murren, Chairman and Chief Executive Officer of MGM Resorts. "We are very pleased to welcome John to MGM Resorts and look forward to his contribution to our diverse, global operations."

Through Mr. Kilroy's leadership, Kilroy Realty has become the preeminent provider of modern work environments for some of the most prestigious and dynamic companies in the world. Kilroy Realty's innovative design and development of properties on the West Coast delivers enduring value to the communities in which it operates.

Mr. Kilroy was elected to serve as Kilroy Realty's Chairman of the Board in February 2013 after previously serving as a director since 1996 and has been President and Chief Executive Officer since its incorporation in September 1996. Previously, he served as President of Kilroy Industries, the predecessor to Kilroy Realty Corporation, since 1981 and its Chief Executive Officer since 1991. Over the past five years, under Mr. Kilroy's leadership, Kilroy Realty Corporation generated a total shareholder return of approximately 110%.i

Mr. Kilroy is a past trustee of the Viewpoint School, Jefferson Center for Character Education, and the National Fitness Foundation. He was also a member of the San Francisco America's Cup Organizing Committee. Mr. Kilroy has won various industry awards including 2016 E&Y Greater LA Entrepreneur of the Year Award.

UFI Global Congress to take place in Las Vegas in 2023