A special and innovative museum already in the first year of operation in the heart of Athens, with waxwork exhibits representing professions of old age that today are lost. It attracts visitors of all ages, both foreign and Greeks in order to learn the younger and remember the elder.

The Museum of lost professions has opened its doors to the Athens city center since 05.03.2015 and celebrates one year of operation. This is a wax exhibition of robotic models of human physical quantity representing in detail and with great precision the work of professionals in old age.

It is expected, for such a museum that recalls the memory of the old people's professions, to have an impact on the tourism sector, both locals and foreigners want to learn more about traditions that now tend to disappear if not already extinct. For this reason both school, clubs, travel agencies and tour guides approach programs and design marketing campaigns for advertising are created.

Respect for tradition and love for Greek culture contributed to create a space of 170 sqm in one of the busiest and most beautiful parts of Athens, in the picturesque Plaka, to simulate the old Athens, focusing on traditional occupations such as "greengrocer", the “shoe polisher" the “laterna player" and many others mostly disappeared today. 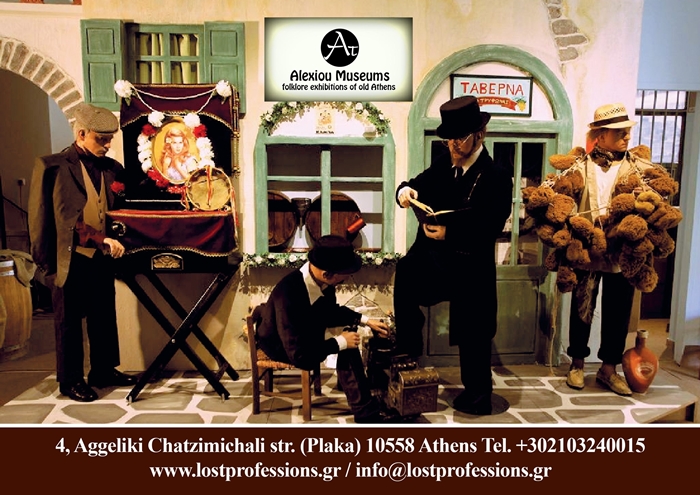 All structures and tools used from the professionals of that time were overhauled and manufactured accurately, using the same technique, to yield consistently. Younger generations and foreign visitors to our country are invited to experience a little piece of our own history, and the "older” people to reminisce some moments from the past.

Besides the use of robotic human aliasing work becomes more understandable to the public. The "Alexiou Museum" intended to "travel" the visitor for a while in the old Athens decades of the 19th and 20th century and to make him feel that enters a time machine and that walks next to these people and these professionals and listen to their lifestyle.

A visit to such a museum is useful both for educational purposes as strengthens the collective consciousness and identity, and for the promotion of Greek culture to foreign travelers who has shown a strong desire to visit places associated with him culture of our country. 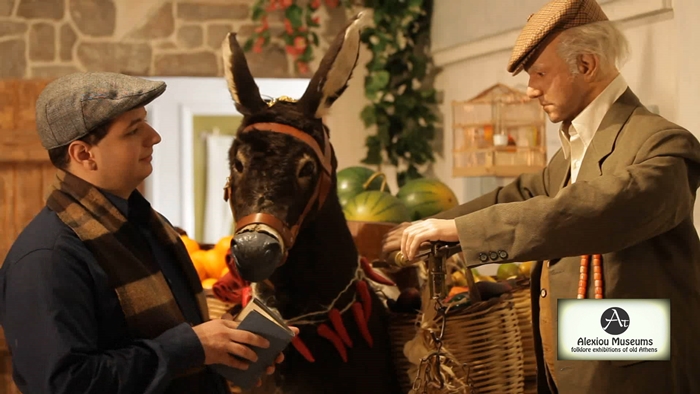 As supported and the creator of this museum, Mr Tryfon Alexiou, “these exhibits are a tribute to those people who by their labor and their passion, under severe sometimes conditions were able to work to provide the best for their families, to study their children, helping with their work in the life of the entire society."

According to testimonies of the museum's creator, "The response from the schools are large, which pleased us as it seems the interest of young children to learn new things that were not seen before. Schools both from the province and from Athens were present and enjoyed the tour of the museum, with the difference that the first, in time constraints cases had special treatment from the government." 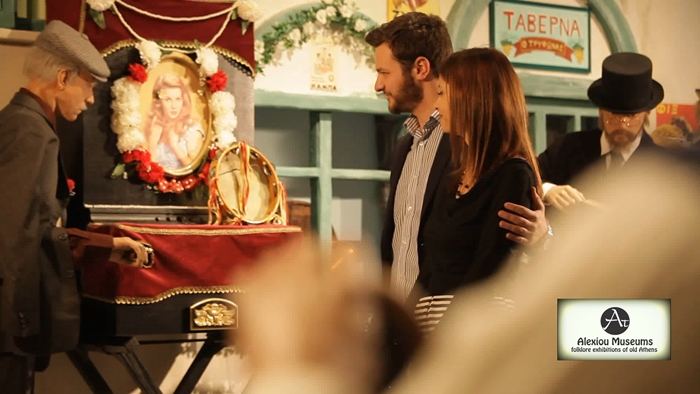 Finally, it is very important to note that the reviews that leave those who visit the museum are positive, and admittedly it is a spectacle worthy of admiration for the work done by those responsible.

The tour is done by museum operators and the duration is 30-45 minutes. There is the option of guided tours by specially trained personnel over the exhibits for the visitor to understand the exhibits better and resolve any queries.