The most famous game locations you can visit

Wherever you go, take a moment to search and you are almost certain to find an on-screen adventure based on the place.

Video games can transport anywhere on the planet or beyond. Yet, there are some famous cities and locations that crop up time and time again. Where can you go to see the streets and buildings that you have explored on the screen?

Cairo and the Pyramids, Egypt
There are some solid reasons why game developers love to set the action in Egypt’s capital or next to the nearby pyramids. Atmospheric streets, ancient culture, and the feeling of mystery in the air all add up to an exciting setting.

The Tomb Raider franchise from Eidos Interactive may be the first name to spring to mind, but Egypt is also used as the backdrop in many games from different genres. For instance, the Civilization games started with Sid Meier’s first title in 1991 has become a sprawling series, with Rameses II present as the Egyptian leader in Civilization V. Players can also visit here in the World Adventures expansion pack of the Sims 3 game.

Egypt has become one of the most commonly used locations for online slots too. If we look at the selection at the Kalevala Kasino, we can see Book of Dead by Play N´Go, Mysterious Egypt by Pragmatic Play, and the Book of Atem game by Microgaming, While they have other slots based on places like Ireland and Central America, Egypt stands out because of the number of games set here.

London, UK
The UK capital is another hugely popular choice of game location. While some games let you explore the real city, others have created a unique version of London. For instance, 2020´s Watch Dogs: Legion by Ubisoft takes place in a dystopian future version of the city where many of the present landmarks are still visible.

Tomb Raider fans can also travel here after visiting Egypt, as Lara Croft visits the likes of St Paul’s Cathedral and the Natural History Museum in Tomb Raider 3. It is also a popular setting for racing games such as Grand Theft Auto: London 1969, where the player can explore a fictional 1960s version of the city.

It is no surprise to see Sherlock Holmes pop up here, in 2014’s Sherlock Holmes: Crimes and Punishments. London has seen its fair share of vampires and werewolves too, with ZombiU, Vampyr, and Werewolves of London some of the games to let these creatures loose on the city’s streets. 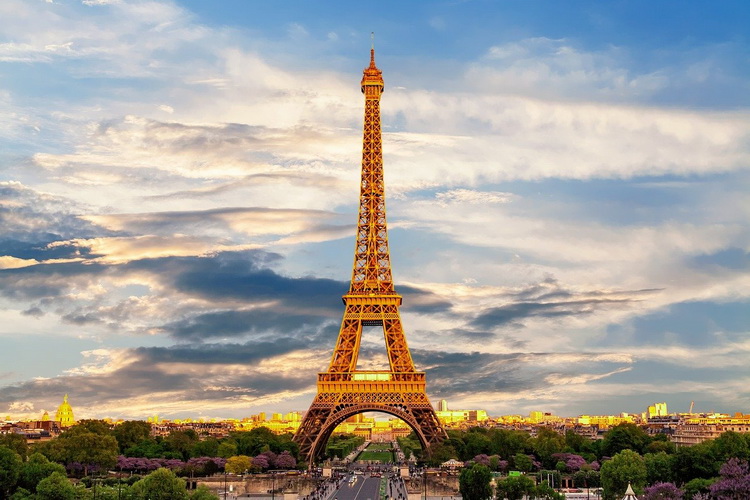 Image by Pete Linforth from Pixabay

Paris, France
Paris has a reputation as a romantic destination and an abundance of instantly recognizable landmarks that make it a great choice as the setting for a video game. Yet, many of the games set here are more about shooting and other forms of violence than romantic dinners by the Seine.

Assassin’s Creed Unity takes us back to the days of the French Revolution, with time anomalies allowing us to travel to Paris in more recent times too. The Saboteur is a 2009 effort from Electronic Arts that is set in WWII-Paris, while Remember Me by Dontnod Entertainment takes place in Neo-Paris in 2084, where melee combat can be enjoyed.

These are just a few of the famous cities where you can see the real-life inspiration for your favorite games. Wherever you go, take a moment to search and you are almost certain to find an on-screen adventure based on the place.

Main image by -MayaQ- from Pixabay