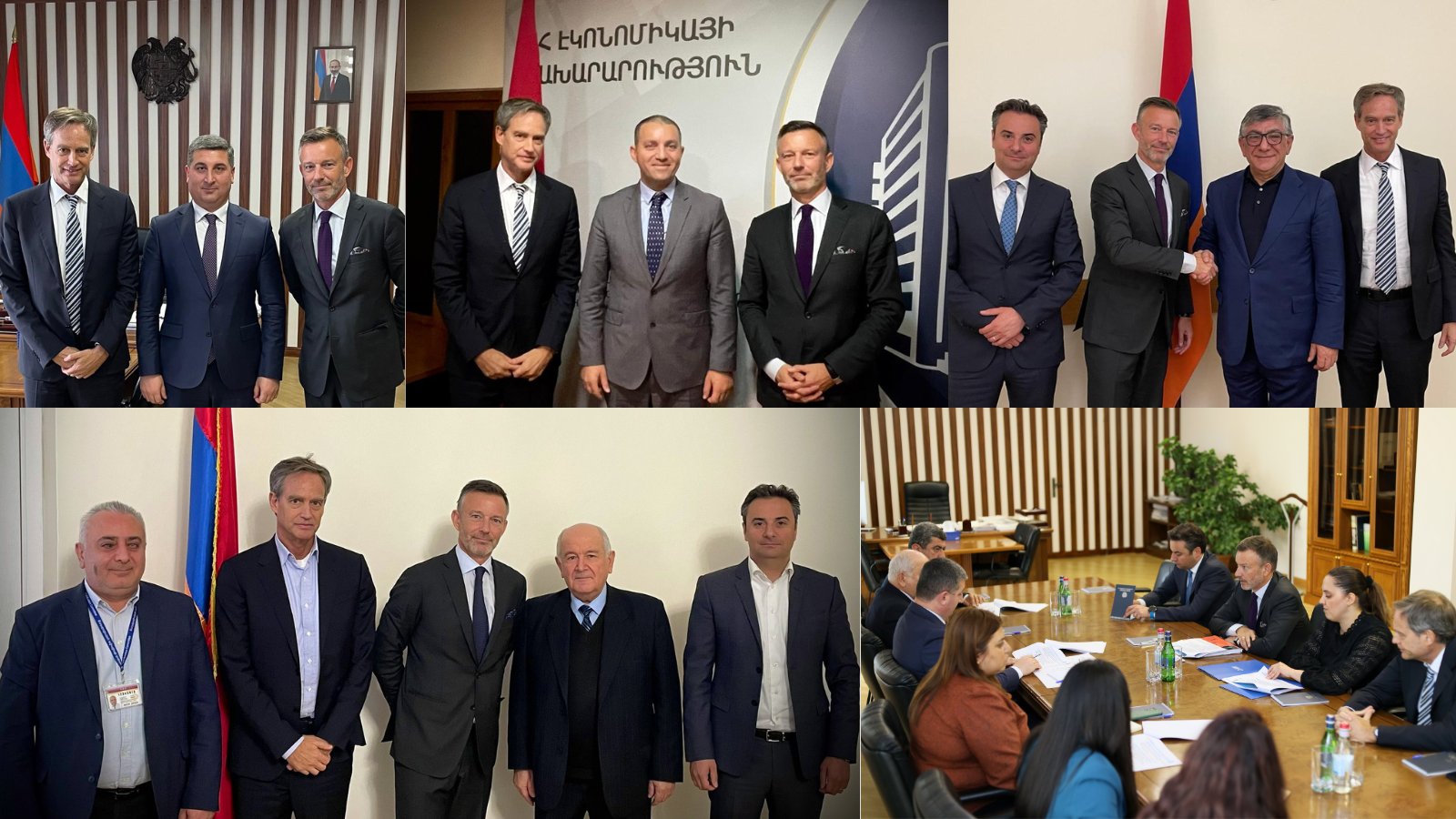 Olivier Jankovec, Director General of ACI Europe invited the Armenian Government to develop its strategy and plans to implement the Long Term Aspirational Goal of Net Zero CO2 for international aviation by 2050 recently adopted by ICAO – looking as a priority at the production and deployment of Sustainable Aviation Fuels (SAFs).

BRUSSELS and YEREVAN – Over the past 2 days, ACI Europe held several meetings in Yerevan with the Government of Armenia, its National Assembly and its Civil Aviation Committee. These meetings reviewed the challenges faced by Armenia in capitalising on the fast recovery of its air traffic, and further developing air connectivity in a sustainable way to support its economy.

Olivier Jankovec, Director General of ACI Europe urged the Armenian Government to approve the planned expansion of Yerevan-Zvartnots airport, as the airport has now significantly exceeded its pre-pandemic (2019) passenger traffic1 and is fast reaching its capacity limits. He pointed to solid fundamentals supporting further demand growth in the coming years – including the imminent inclusion of Armenia into the EU European Common Aviation Area, which will bring the country into the largest liberalised multi-country aviation market.

Said Jankovec: “Now is the time to move ahead for Armenian aviation. The potential to further develop and diversify the country’s air connectivity is there – and with it to grow the economy and keep improving the living standards of Armenians. But to realise this potential, more infrastructure capacity is needed and that means expanding Yerevan-Zvartnots airport. A total of €400 million is ready to be invested to double the airport’s capacity for both passenger and cargo traffic. Delaying this project further will only hold back the country and its economy.”

Jankovec was adamant that allowing the airport to expand should come together with the abolition of the AMD 10.000 tax levied on departing passengers from Yerevan-Zvartnots airport. Such tax is a major competitive disadvantage for Armenian aviation and is applied in a discriminatory way – in contravention of ICAO rules2.

Finally, Jankovec also invited the Armenian Government to develop its strategy and plans to implement the Long Term Aspirational Goal of Net Zero CO2 for international aviation by 2050 recently adopted by ICAO – looking as a priority at the production and deployment of Sustainable Aviation Fuels (SAFs).

1 Passenger traffic at Yerevan-Zvartnots airports in Q3 2022 stood at +19% compared to pre-pandemic (2019) levels.
2 The tax per departing passenger only applies on new routes to new airports not served at the time of its introduction – resulting in a discrimination between incumbent air services/airlines and new ones. This is contrary to ICAO doc 8632 which states that “any levy on international air transport should be fair, equitable, transparent and non-discriminatory”.