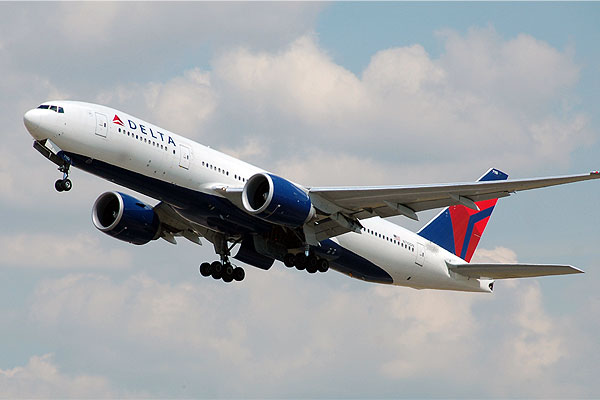 Delta to swap four gates in T5 and T6 with American in first step of $1.9 billion LAX infrastructure project.

LOS ANGELES – With a $1.9 billion airport infrastructure project, new local partnerships, expanding routes and the implementation of a strategic alliance, Delta Air Lines is kicking off its biggest year yet in L.A.

"Continuous improvement is the essence of who we are at Delta, and in 2017 we will stay true to that promise with projects and partnerships that significantly improve the customer experience, such as our $1.9 billion LAX project and our strategic partnership with Aeromexico," said Ranjan Goswami, Delta's Vice President – Sales, West. "Big ideas keep us energized, and Delta is more energized than ever as we kick off an important year in 2017 and continue our efforts to be the premier airline in Los Angeles."

Delta Takes on Larger Presence in T6 Ahead of Move in May
In 2016, Delta, Los Angeles World Airports and the City of Los Angeles announced a $1.9 billion effort – one of Los Angeles' largest investments and public-private partnerships – to build a premier partner hub by upgrading and connecting Terminals 2 and 3 at LAX. Prior to the proposed reconstruction, Delta will move out of Terminal 5 and 6 and into Terminal 2 and 3 in May.

"Airport infrastructure is a major driver of economic growth, and Delta has deep experience successfully managing major infrastructure projects around the country," Goswami said. "This project will create the airport experience Angelenos have always wanted. Prior to the proposed project, we will be executing a move involving 22 airlines at LAX to enable co-location with our partners, which is unprecedented, so we're putting all our resources into planning, preparing, communicating and executing this move as flawlessly as possible for our customers."

The first visible sign of the move will occur on Jan. 31, when Delta will increase its presence in Terminal 6, operating temporarily from Gates 60-63 in addition to Gates 68A, 68B and 69B. Delta will also use its nine remaining gates in Terminal 5 until it moves to Terminals 2 and 3 in May. The airline has placed additional check-in positions closer to Terminal 6 and will have two baggage claim positions for passengers arriving into Terminal 6. Additionally, the underground tunnel inside the secure area remains available for passengers with connecting flights between Terminals 5 and 6. American Airlines will acquire four gates in Terminal 5 as part of the swap.

Delta customers departing LAX for Denver, Portland, San Francisco and Seattle will depart from Terminal 6. Customers should check their flight status and gate information on delta.com or the Fly Delta app before arriving at the airport to confirm their departure terminal and gate.

Assisting Customers with Wayfinding
Delta will also install signage throughout Terminals 5 and 6 to help direct customers to the correct location and is proactively reaching out to customers ahead of their planned travel to notify them of the gate swap. Delta will also be utilizing out-of-home advertising in and around the airport to raise awareness of the upcoming move and project. Customers can also visit the Investing in LAX page on delta.com to learn more.

Building a Better L.A. in 2017
Delta's move into Terminals 2 and 3 is one in a series of L.A. milestones in 2017 as the airline works to build a better L.A. This year, Delta expects to close on a Joint Cooperation Agreement with Aeromexico, establishing the largest trans-border alliance between the United States and Mexico and benefitting customers of both airlines. Together, Delta and Aeromexico will be the largest provider of service between  and Mexico. Last week, Delta and its partner Aeromexico were named the Official Airline Partners for the MLS expansion team, the Los Angeles Football Club (LAFC). The partnership with LAFC is an extension of Delta's Dream Up, L.A. campaign that launched in 2016 and expands Delta's partnerships in Los Angeles, which include serving as the Official Airline of the GRAMMY Awards, Los Angeles Lakers, Los Angeles Kings, STAPLES Center, UCLA and the Rose Bowl.

In April, the airline will launch daily nonstop service to Washington–Reagan Airport, and Delta's joint venture partner Virgin Australia will begin service five days per week to Melbourne. Virgin Atlantic will launch a third daily round-trip flight on a Boeing 787-9 between LAX and London-Heathrow beginning this summer. Delta will celebrate these accomplishments and the people, places and ideas native to L.A. with the release of the annual L.A. edition of Sky magazine, which will be onboard all Delta flight on Feb. 1.

Delta expanding service to most popular nonstop destinations from Cincinnati
Delta Air Lines is also expanding travel options for Cincinnati customers, with more seats, improved schedules and upgraded aircraft to the most popular destinations available this summer. Customers will experience enhanced service in 13 of the 35 destinations Delta offers in Cincinnati and a total seat growth of 6 percent in the market. Importantly, more than 75 percent of all flights will operate with aircraft providing a First Class cabin, the largest amount ever offered in Cincinnati.

"These enhancements reflect the solid demand from both business and leisure travelers," said Joe Esposito, Vice President – Network, Americas. "We are proud to serve our Cincinnati customers as the number one airline connecting Cincinnati to the world."

Additionally Delta is improving schedules in four markets including Charlotte, Hartford, Newark and Philadelphia. Schedules in these markets will be retimed to allow for convenient day trips for business and leisure travelers with morning departures and evening returns.  Flights will also be more evenly distributed for improved coverage throughout the day.