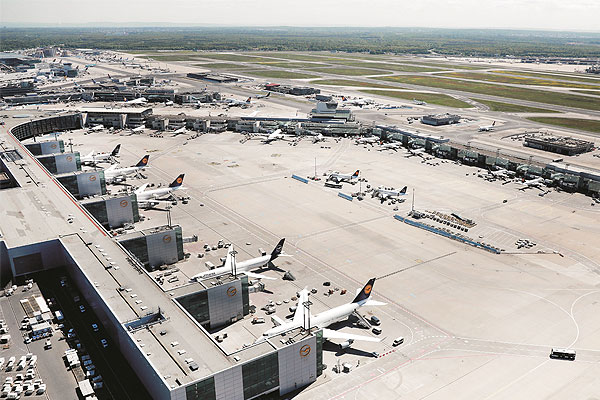 Frankfurt Airport welcomes over 4.9 million passengers in October; Increase of 45.3 percent compared to 2021.

Frankfurt Airport (FRA) welcomed 4.9 million passengers in October 2022, an increase of 45.3 percent year-on-year. With the fall school vacations occurring in the reporting month, FRA experienced particularly strong demand for holiday travel. Specifically, flights to popular destinations in Turkey, Greece and on the Canary Islands, as well as in the Caribbean continued to see robust demand. Overall, Frankfurt Airport maintained its dynamic growth momentum from the last few months. Compared to pre-pandemic October 2019, FRA’s passenger traffic was still down by 23.3 percent in the reporting month1.

Cargo volumes in Frankfurt continued to decrease by 11.7 percent year-on-year in October 2022. Factors contributing to this development included the overall economic slowdown and the airspace restrictions related to the war in Ukraine. In contrast, aircraft movements climbed by 18.8 percent year-on-year to 35,638 takeoffs and landings. Likewise, accumulated maximum takeoff weights (MTOWs) grew by 21.6 percent year-on-year to about 2.3 million metric tons.

1 Editorial note: For enhanced statistical comparison, our reporting of the Fraport Traffic Figures includes (until further notice) a comparison between the current traffic figures and the corresponding 2019 base-year figures, in addition to the regular year-on-year reporting.

Where to find the best casinos in the world

Launch of "Lazio on the Road" project