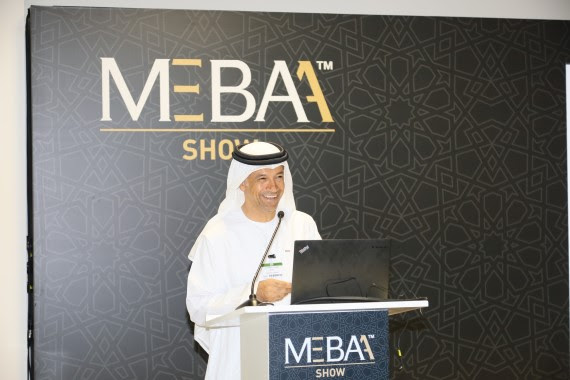 During the MEBAA Show this week, at DWC, Airshow Site, Ali Ahmed Alnaqbi, Founding Chairman of the Middle East & North Africa Business Aviation Association (MEBAA), announced the dates and new location for the 2017 MEBAA Show Morocco. Building on the success of the first event in 2015, Alnaqbi foresees an event with more than 65 exhibitors and 2,500 visitors, being held at the new Marrakech Menara Airport, Morocco, on September 12-13, 2017.

“After a very successful event in Casablanca, we decided to move location after surveying those who attended the first edition of our Morocco event. The response was a resounding 'yes' to holding the MEBAA Show Morocco in Marrakech. The location is perfectly situated close to Marrakech and convenient for Casablanca and Rabat, the capital city.”

“We are very pleased to report Morocco now has an FBO in place, which offers services to our members which we are very happy with,” added the MEBAA Founding Chairman.

Held under the patronage of Minister of Equipment, Transport and Logistics, the event is set to take place at what will be the first business aviation airport in Morocco, an ideal venue for the MEBAA Show Morocco.

Alnaqbi said the event is not only the only one of its kind in Morocco and North Africa, but in the whole continent of Africa. He highlighted the growing volume in traffic to and through the country, with around 12,000 business aviation movements recorded by MEBAA members last year. He said traffic is seasonal, with shifting travel patterns from Europe, the Middle East and Africa, into Morocco.

The two-day event will be preceded by the MEBAA Conference, with Alnaqbi adding that the new airport offers world-class facilities and infrastructure, including excellent hotels and transport links.