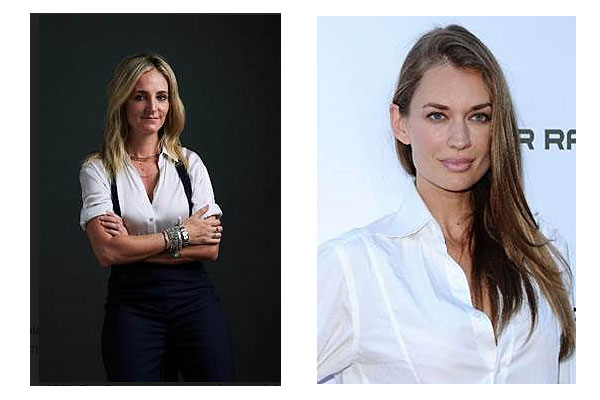 Set to unveil in January 2023, The Georgian has been a fixture of the Southern California coastline since it first opened in 1933 under the leadership of the renowned female hotelier, Rosamond Borde.

LOS ANGELES, CALIFORNIA – Bre Smith and Amber Arbucci have been appointed as Director of Operations, and Culture and Guest Relations Lead, respectively at The Georgian; the soon-to-reopen historic hotel located on Ocean Avenue.

Set to unveil in January 2023, The Georgian has been a fixture of the Southern California coastline since it first opened in 1933 under the leadership of the renowned female hotelier, Rosamond Borde. Seeing several iterations over the years, regular guests to the hotel and historic restaurant, the Red Griffin (and later The Georgian Room), ranged from Hollywood stars Charlie Chaplin, Clark Gable, and Marilyn Monroe to the First Mother Rose Kennedy.

Bre Smith joins the team at The Georgian with over 15 years of experience in hospitality and management, placing a special focus on art, creativity, service, and the overall guest experience. Bre has played an integral role in over eight hotel openings from conception to launch and has assisted in the transition of an additional four hotels and six restaurants. Her hospitality journey includes roles at elite properties including the Beverly Hilton, the Ambassador Chicago, the Hollywood Roosevelt, Soho House Chicago, the Triumph Hotel in New York, and several Ritz-Carlton hotels across the globe. In addition to her extensive industry background, Bre is a gifted, self-taught painter with a number of exhibitions under her belt. Her work as a hospitality executive is informed by her artistry. She views hospitality as a creative expression in the way that she creates memorable experiences for guests.

“The history of the best hotels in the world is built from the vision and passion of the people working behind the scenes. We are delighted to have Bre join us at The Georgian as we set out to launch the next era of this iconic property. Her rich hospitality experience and deep background in arts and culture will add to both our classic hospitality heritage as well as our culture of creativity for years to come,” said Jon Blanchard, Founder of BLVD.

Amber Arbucci is a celebrated artist, angel investor, philanthropist, and former top fashion model. Arbucci developed early roots in the high fashion industry as a model, where she was exposed to the industry's finest artists, photographers, and tastemakers. During this period, she developed an interest in photography and began her career as an artist in 2006. Her work has been exhibited at Art Basel, Avant Gallery in Miami and NYC, Opera Gallery in Soho, and in her own Astor Place gallery. Arbucci's art is as intimate and sensitive as it is daring, and her admirers include United Nations Ambassadors, Elon Musk, and former US Presidents. Arbucci's expertise in the arts and philanthropic endeavors will be put to excellent use in cultivating The Georgian's community and guest relationships as the property transforms into a cultural hotspot in the heart of Santa Monica.

“Amber’s unique lived experiences as an artist, philanthropist, and investor are everything The Georgian needs as we continue to establish our hotel as a center for culture and community in Santa Monica and beyond. Amber approaches every project that she is a part of with the beauty, boldness, and discipline that is needed at The Georgian. Her dedication to culture and craft will make her a fundamental element in providing meaningful experiences for our guests.” shares Nicolo Rusconi, President of the BLVD Companies.

A full-service real estate and hotel development company, BLVD alongside ESI Ventures acquired the landmark hotel in August 2020 with the intent to restore one of Los Angeles' most recognizable and photogenic hotels to its former glory. The next chapter for The Georgian will see a restoration of the 84 guest rooms and 28 suites, alongside new and refreshed offerings including the famous ocean-view Sunset Terrace, Dining Room, and Sunset Bar. In addition to The Library and gymnasium, The Georgian will also be home to two private meeting and dining spaces, The Gallery and The Writer’s Room. The Gallery will showcase an evolving curation of work by international artists on a quarterly basis.

The Georgian, Santa Monica appoints Rob Ciancimin as Managing Director and Melissa Volpert as Director of Sales and Marketing