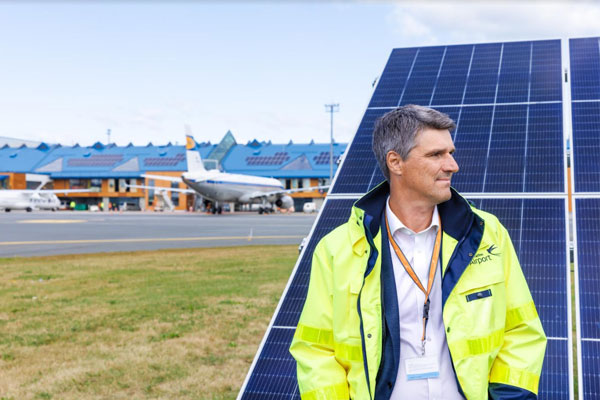 Riivo Tuvike, Chairman of the Management Board of Tallinn Airport.

AirBaltic and Ryanair served the most passengers in the year – 22% of all passengers flew with each of them.

According to Riivo Tuvike, Chairman of the Management Board of Tallinn Airport, the past year will be remembered as a year of rapid recovery that brought people back to airports after several years. “The target we set ourselves in the beginning of 2022 was to serve 2.5 million passengers, but we exceeded this number already in November and 2.7 million passengers travelled through Tallinn Airport during the entire year, which exceeded the number of passengers in 2021 by more than a half. In 2022, there were a total of 38,044 flight operations, which is an average of 104 take-offs and landings per day,” said Tuvike, adding that regional airports also did well in the past year.

“In March, Finnair reopened the Tartu-Helsinki connection, which was unfortunately interrupted in October, and international flights from Pärnu Airport were reopened for the first time in years. In total, 63,946 passengers travelled through regional airports during the year and 9,987 flight operations were carried out. The regional airport that served the most passengers was Kuressaare, which achieved the record number of 38,749 passengers per year in terms of service volume.”

According to Tuvike, construction and development activities continued in the past year to offer passengers a cosy and digitally smart environment. “In June, we opened a self-service bag drop for airBaltic and SAS passengers and in September, a new gate area with a self-service shop. Out of sight of passengers, there is a new modern and fully automated baggage sorting system transforms us into a contemporary, modern airport.”

Reducing its carbon footprint remains a key priority for the company. “We continued to build solar parks and switched to district heating, which helped us reduce our carbon footprint by 20%. We joined the Green Tiger cooperation platform and were one of the founding members of Hydrogen Valley Estonia, launched the first airport green forum, started the green mornings initiative to include the airport community, and participated in World Cleanup Day with our partners,” said Tuvike.

Traveling on a shoestring: How students can get around without breaking the bank

Why should you carry a travel router while traveling