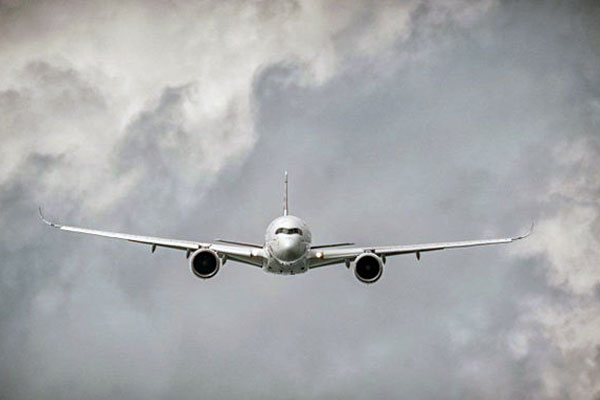 As the basis for its 2022 guidance, the company assumes no further disruptions to the world economy, air traffic, the Company’s internal operations, and its ability to deliver products and services.

“2021 was a year of transition, where our attention shifted from navigating the pandemic towards recovery and growth. Thanks to the resilience and efforts of our teams, customers and suppliers, we delivered remarkable full-year results,” said Guillaume Faury, Airbus Chief Executive Officer. “The strong financials reflect the higher number of commercial aircraft deliveries, the good performance of our Helicopters and Defence and Space businesses as well as our efforts on cost containment and competitiveness. Record net income and our efforts to strengthen the net cash position underpin our proposal to reintroduce dividend payments going forward. At the same time, we continue to invest in our strategic priorities and in the transformation of our company.”

Gross commercial aircraft orders totalled 771 (2020: 383 aircraft) with net orders of 507 aircraft after cancellations (2020: 268 aircraft). Included were the first A350 freighter orders, confirming customer demand for this new programme. The order backlog was 7,082 commercial aircraft on 31 December 2021 (end 2020: 7,184 aircraft). Airbus Helicopters booked 414 net orders (2020: 268 units), achieving a book-to-bill ratio well above 1 both in terms of units and in value. These included 52 H160s of which 30 were the first batch of H160M military versions for France’s Joint Light Helicopter programme. Airbus Defence and Space’s order intake by value increased to 13.7 billion euros (2020: 11.9 billion euros), representing a book-to-bill ratio of around 1.3. Included were key orders in the Military Aircraft business such as the in-service support of the German and Spanish Eurofighter fleets as well as good export momentum for the C295, A330 MRTT and A400M airlifter.

Consolidated EBIT Adjusted – an alternative performance measure and key indicator capturing the underlying business margin by excluding material charges or profits caused by movements in provisions related to programmes, restructuring or foreign exchange impacts as well as capital gains/losses from the disposal and acquisition of businesses – was 4,865 million euros (2020: 1,706 million euros).

Commercial aircraft production is progressing in line with previously announced plans, in a complex environment. Specifically on the A320 Family, the ramp-up is on trajectory to achieve rate 65 by summer 2023 and the company continues to de-risk notably by enabling all assembly sites to become A321-ready. For A320 Family production rates beyond 2023, the company is still in the assessment phase and working with suppliers to potentially enable an increase above rate 65.

On the A400M programme, development activities continued toward achieving the revised capability roadmap. Retrofit activities are progressing in close alignment with the customer. In the fourth quarter of 2021, a charge of 0.2 billion euros was recorded mainly reflecting the updated estimates of the delivery pattern of the launch contract. This is reflected in EBIT reported.

Outlook
As the basis for its 2022 guidance, the company assumes no further disruptions to the world economy, air traffic, the Company’s internal operations, and its ability to deliver products and services.

On that basis, the Company targets to achieve in 2022 around:

SAS presents traffic program for the summer with 120 destinations