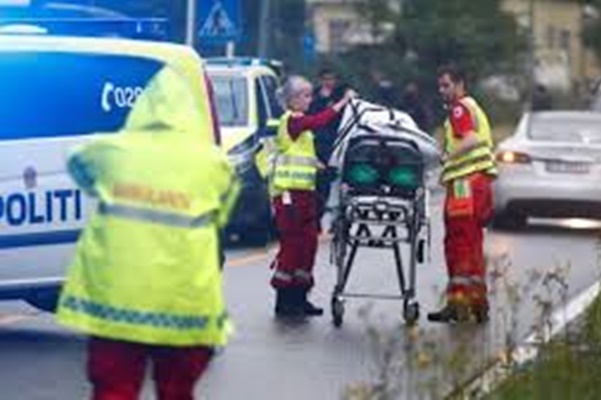 One person has been injured in a shooting inside a mosque in Norway, Oslo police said on Saturday, adding that a man had been apprehended.

The suspect may also have killed a relative before launching the attack, police said. “A young woman was found dead at the suspect’s address,” assistant chief of police Rune Skjold told a news conference, adding that the man was suspected of murder. The suspected gunman at the al-Noor Islamic Centre near the country’s capital was described as “a young white man”, police added. The victim was a 75-year-old member of the congregation, mosque director Irfan Mushtaq told TV2.
“The man carried two shotgun-like weapons and a pistol. He broke through a glass door and fired shots,” he said.

The suspected gunman in an attack on a mosque in Norway on Saturday was inspired by recent white extremist attacks in New Zealand and the US, online posts suggest. Police in Norway have so far only said the attack in Baerum, a town 20km from Oslo, the capital, will be investigated as a possible act of terrorism.

7 things to know before traveling to Norway

Travel Smart: 5 world destinations where your dollar gets you more

Juniper Research: Mobile digital identity to be an opportunity in 2024