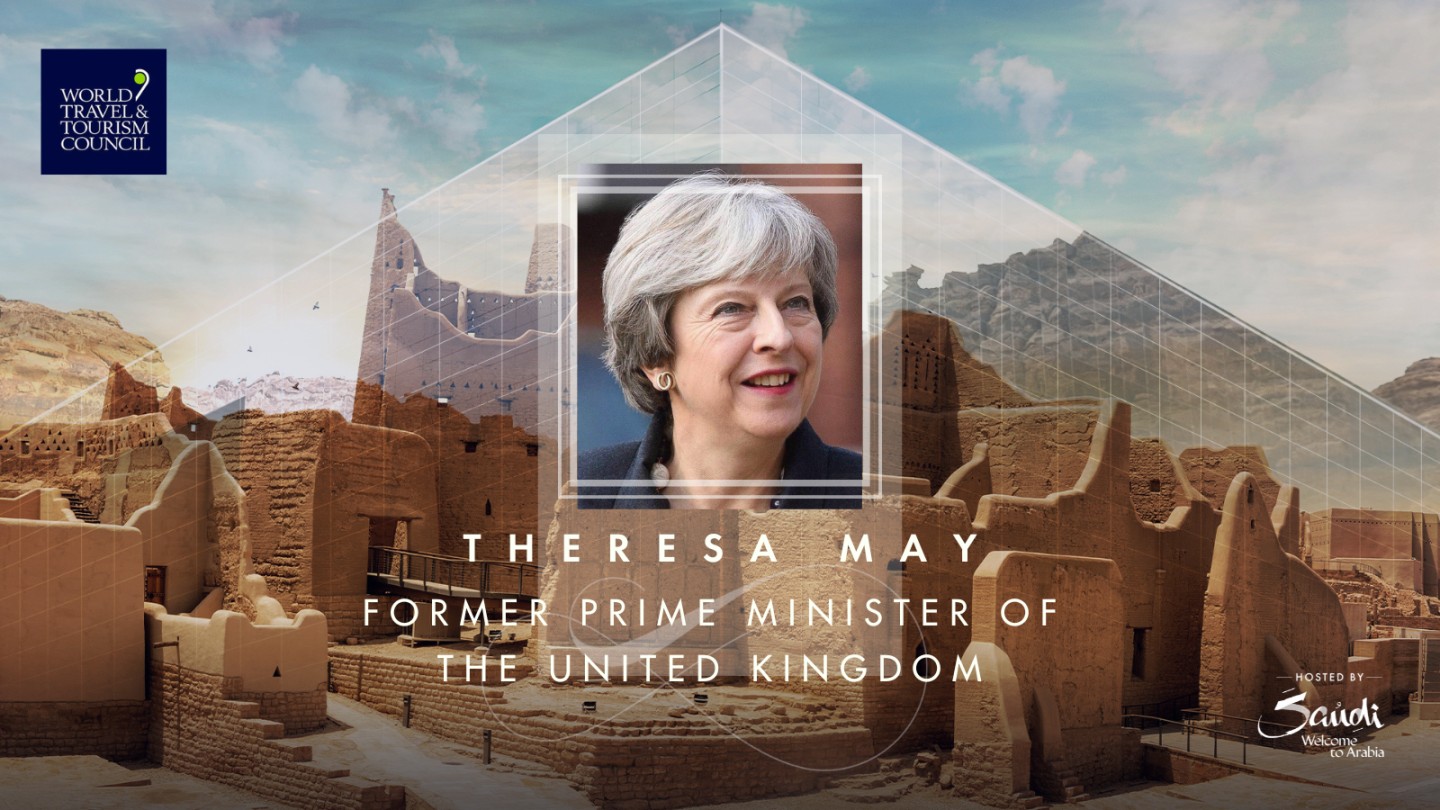 Theresa May served as Prime Minister from 2016 to 2019 and the second longest-serving post-war Home Secretary, serving for six years from 2010 to 2016.

May is the UK’s second woman Prime Minister after Margaret Thatcher and is the first to hold two of the Great Offices of State.

Last year, May was appointed Chair of the Aldersgate Group, an alliance that drives action for a sustainable economy.

Taking place in Riyadh, Saudi Arabia from 28 November to 1 December, the global tourism body's highly anticipated 22nd Global Summit is the most influential Travel & Tourism event in the calendar.

During the Global Summit, industry leaders from a sector worth over 10% of global GDP (before the pandemic) will meet government officials from across the globe in the Saudi capital to continue aligning efforts to support the Travel & Tourism sector’s recovery and address the challenges ahead, to ensure a safer, more resilient, inclusive and sustainable sector.

Julia Simpson, WTTC President & CEO, said: “Theresa May has a long-standing interest in the environment and as Prime Minister, she launched the ‘25 Year Environmental Plan’ to tackle issues such as plastic waste. In 2019 she formally committed the UK to achieving ‘net zero’ emissions by 2050, making Britain the first major economy to do so.

“During the pandemic, Theresa May was concerned about the uncoordinated global response, and she showed great political leadership calling for international cooperation based on evidence.

“Our event will bring together many of the world’s most powerful leaders in our sector to discuss and secure its long-term future, which is critical to economies and jobs around the world.”

South Korean diplomat Ban Ki-Moon, who served as the eighth Secretary-General of the United Nations between 2007 and 2016, will also address delegates in person at this prestigious event.